Does fasting improve mental acuity and help you live longer? 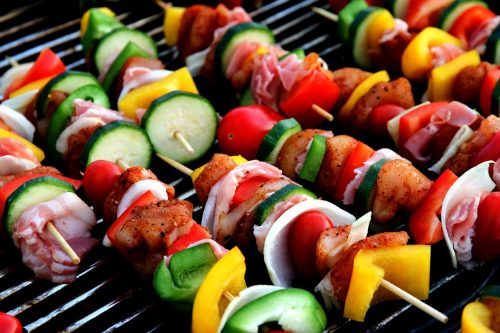 Todays guest blog post comes from Dr Devika Garg, a fresh PhD in neurosciences from the National University of Singapore, with a passion for bringing complex science to the public in simple and engaging ways. She has interests in poetry, music, the creative ways neurons function to create complex animal behaviors, and the wonderful way how whole organisms emerge from single cells. You can follow her Tracing Silver Lines blog here or connect with her via LinkedIn.

Feast. Fast. Feast: Could it help you stay sharp and live longer?

Eating less is primarily associated with weight loss regimes. But new research tells us that certain diets can also be associated with longer lives and sharper brains! Here’s a closer look at it.

Coming to grips with ageing makes most of us uncomfortable. I am steadily moving towards the 30 mark, and I am already concerned about it. I want to follow the right presets for healthy ageing, and I know that I am not the only one with these concerns. The total market-share for all kinds of anti-ageing products has been projected to reach a whopping $345.8 billion by 2018: everyone wants to age gracefully, and in every way that is possible.

Ageing affects every aspect of body function and is a major risk factor for several diseases – because defenses of an ageing body are lower. Cognitive functions specially decline with age and ageing is strongly associated with neurodegenerative disorders such as dementia, Alzheimer’s and Parkinson’s diseases. To help keep these conditions at bay, interventions that postpone ageing and extend health-span and lifespan are constantly under the research scanner.

The Beginnings of Anti-Ageing Diets

It was in the 1930s when the link between metabolism and lifespan came to light – rats subjected to a daily stringent diet were found to have delayed disease onset and longer lifespan in the pioneering study by Clive McCay. Further investigation into this occurrence led to the finding that a higher metabolic rate correlates with increased energy expenditure by the body, which leads to its quicker ‘wear and tear’, hence shortening the lifespan.

The more we eat, the harder our bodies have to work, so they tire out faster.

Based on this information, scientists are discovering new ways of slowing down metabolism by modifying food intake to help increase healthy lifespan and delay disease. Caloric restriction and intermittent fasting are two such anti-ageing diets.

Intermittent Fasting or Caloric Restriction: which one to pick?

While CR has been talked about for a long time, there has been a recent explosion in the number of diet books that recommend IF including ‘Eat Stop Eat’, ‘The 8-Hour Diet’, ‘The 5:2 Diet’, and ‘The Warrior Diet’, just to name a few. These recommend slight variations from each other in the fasting and feeding durations. But before adopting any of these new diets into our lifestyle, we need to closely examine the science behind them.

Continuous CR has been shown to delay ageing by as much as 40% in diverse small laboratory animals like fruit flies, worms, and rodents, but there is only sporadic evidence for humans and non-human primates. However, a recent CR study on rhesus monkeys published earlier this year reported a significant improvement in survival related to ageing as well as disease. But what is important is that a ~30% restricted diet was used in this study, which is difficult to maintain voluntarily in humans and can be harmful, putting a big question mark on CR.

The good news is that IF seems to work better than CR for postponing ageing with little or no side effects, making it the preferred diet plan, because it claims multiple benefits without the need for continuous fasting. Mark Mattson’s lab at the National Institute of Ageing has pioneered recent research on intermittent fasting in rodent models. They have found that it

The bad news is that there aren’t many systematic studies on IF in humans yet – most evidence is anecdotal. However, one important and promising piece of information in favour of IF over CR is that fasting up to 24 hours in humans does not adversely affect blood glucose levels, cognition or muscle mass, indicating that periodic fasting doesn’t seem to have the harmful effects associated with long-term CR4.

Intermittent Fasting: how does it work?

Intermittent fasting induces a mild form of beneficial stress in the body that enhances the body’s protection mechanisms.  It is like exercising the body’s stress-handling machinery with mild stress during fasting, which increases its ability to handle bigger disease-causing stressors. Almost like how vaccines generate immunity.

This mild stress also helps enhance mental acuity, especially learning and memory -when the body is hungry, the brain works extra hard to look for food, which essentially amounts to brain exercise. People who have tried IF also report increased awareness.

It is also worth noting that many religions support occasional fasting for healing the body. In fact, Jainism has long proposed to eat only between sunrise and sunset, which is essentially intermittent fasting. The old idea of stopping food intake 4 hours before sleeping is also supportive of a similar lifestyle.

So overall, it seems that intermittent fasting maybe worth a shot to smarten up and slow down ageing, as long as it is combined with a healthy nutrient-enriched food plan.

Do tell us if you’ve tried intermittent fasting!