How to go with the flow. 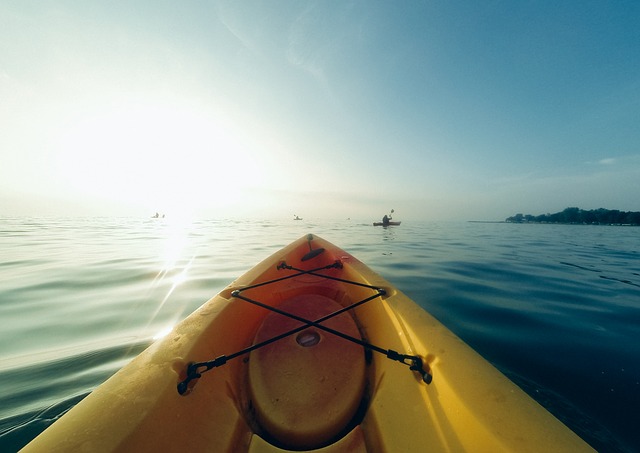 White water kayakers and musicians experience it. So do video-gamers, rock climbers, and experienced meditators. If you’ve ever lost complete track of time or your sense of self when you’re engrossed in a satisfying task, chances are you’ve experienced it too. The optimal state of consciousness in which you perform and feel your best is called ‘flow’.

The concept of flow was first described by positive psychologist Mihály Csíkszentmihályi who described it as:

“a state in which people are so involved in an activity that nothing else seems to matter; the experience is so enjoyable that people will continue to do it even at great cost, for the sheer sake of doing it.”

When you’re in state of flow you:

Csíkszentmihályi’s work in the area started after he became curious about what motivated people, and what activities induced greatest enjoyment or deepest satisfaction. He interviewed thousands of people including Dominican monks, blind nuns, Himalayan climbers, and Navajo shepherds, all who enjoyed their work, and one similarity emerged,

“…what kept them motivated was the quality of the experience they felt when they were involved in the activity…it often involved painful, risky, difficult activities that stretched the person’s capacity and involved an element of novelty and discovery,”

Here’s a link to Mihaly Csikszentmihalyi’s TEDx talk on why flow is the secret to happiness, where he asks, “What makes a life worth living?” Noting that money cannot make us happy, he looks to those who find pleasure and lasting satisfaction in activities that bring about a state of “flow.”

How can we trigger flow?

One of the most important triggers for flow is the very specific relationship between the difficulty of the task and your ability to perform that task. If the challenge is too great, then fear or frustration take over. If the challenge is too easy, you stop paying attention. Flow appears in a ‘sweet spot’ — the midpoint between boredom and anxiety. 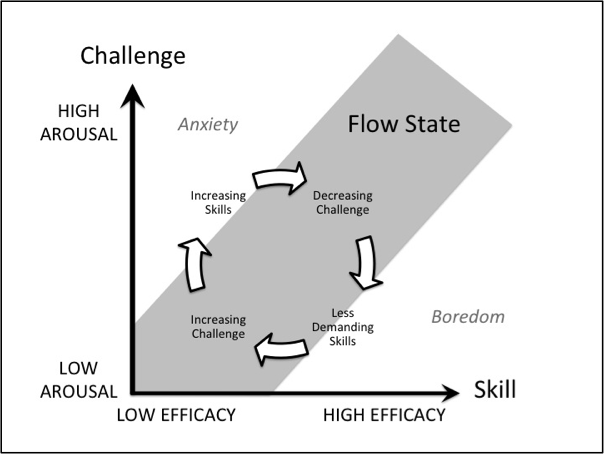 Steve Kotler, ‘flow hacker’ and author of ‘The Rise of Superman. Decoding the science of ultimate human performance’  has identified numerous triggers for flow. Broadly they all drive attention into the ‘now moment’. Kotler believes flow involves:

What is the biological basis for flow?

Csíkszentmihályi suggested that the prefrontal cortex (the brain’s CEO) might ‘switch off’ during flow. However, brain-imaging studies of entering the flow state by playing the computer game Tetris don’t confirm this hypothesis. Instead the authors suggest flow arises through an interaction between positive emotions and high attention or focus (i.e. the prefrontal cortex is ON).

Why go with the flow?

Losing yourself in flow activities has the capacity to improve your happiness, and the concept has become embedded in positive psychology practice. But if you need more inspiration to find that activity that engages and enthrals you, Steve Kotler, believes,

“Flow is the very thing that makes us come alive. It is the mystery. It is the point.”

This article was orignally published by the now retired ABC Active Memory site.