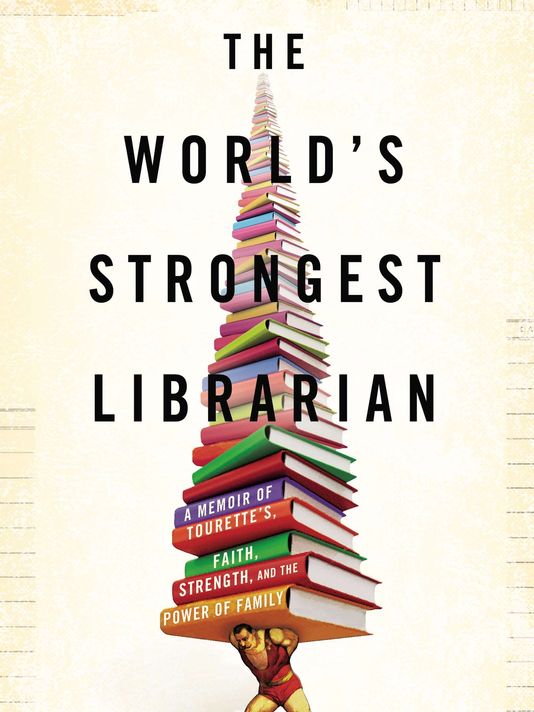 November’s Walking Book Club choice was suggested to me by the gracious Deane Alban of BeBrainFit. We were chatting recently about Walking Book Clubs, passion, purpose and all things brain health related (check out the podcast chat here), and she suggested I check out Josh Hanagarne’s memoir …

The World’s Strongest Librarian: A Memoir of Tourette’s, Faith, Strength, and the Power of Family.

Here is an excerpt from the New Yorker review:

Few professions are as bedevilled by stereotypes as librarianship….

…One of the pleasures of Josh Hanagarne’s new memoir, “The World’s Strongest Librarian,” is the way it destroys this stereotype. Hanagarne, who works at the Salt Lake City Public Library, is six-feet-seven-inches tall and weighs two hundred and sixty pounds. He was raised as a Mormon, has extreme Tourette’s Syndrome (or Tourette Syndrome, as he calls it), and in his spare time trains for strongman competitions.

And from the Boston Globe:

In his unique and engaging memoir, Hanagarne explains what it’s like to live with his Tourette’s, which early on proved resilient to all manner of treatment: “When I have a tic,” he explains, “whether it’s a noise or a movement, it’s similar to the urge to sneeze. There’s a pressure that builds up in my eyes if I want to blink, in my forehead if I want to wrinkle it, in my shoulders if I want to jerk them up toward my ears. . . . Wherever it is, sooner or later, I have to let it out. But the relief doesn’t last long. The pressure might fade, rebuild, and jump out again in a few seconds, a few minutes, or longer.”

You can learn more about the Josh Hanagarne on his website World’s Strongest Librarian – ‘get stronger, get smarter, get better…every day’.

AND, I’m excited to announce that I’ll be interviewing Josh Hanagarne later this month – keep an eye out for that interview in the next couple of weeks.