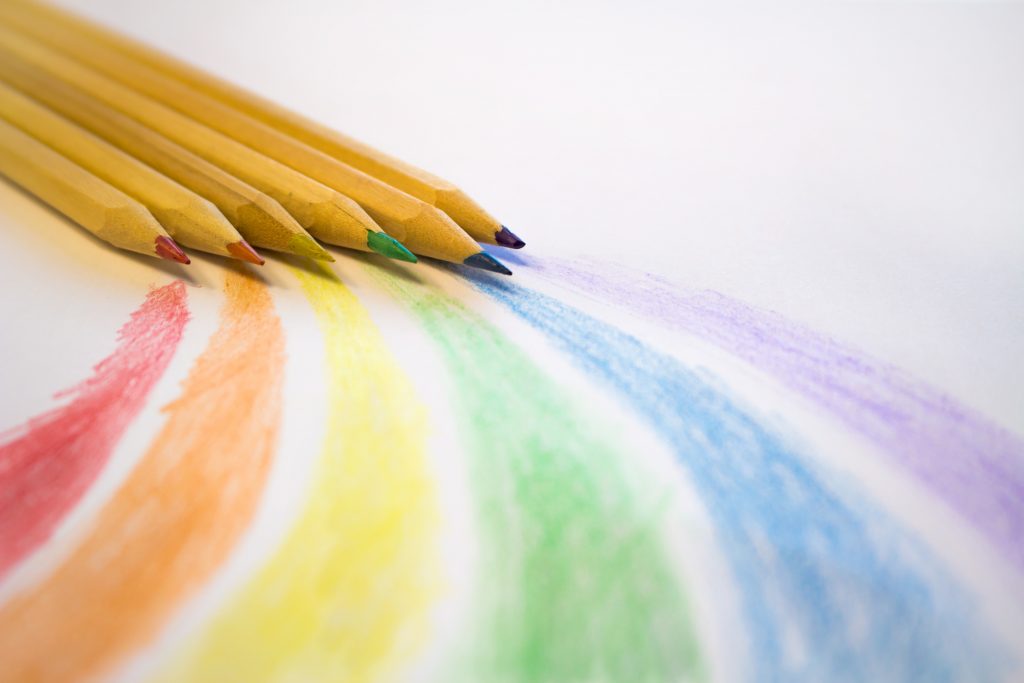 Our very human capacity for creative thought and innovation has enabled people to survive and prosper on Planet Earth*.

Creativity allows us to adapt to change, to produce artworks that move us to tears, to manage complex social relationships, to build civilisations and build Facebook!

*I’m having doubts whether this will continue for much longer.

Creativity: the driver of human civilisation

Our creative endeavours include not only the works of painters and sculptors but engineers, architects, designers, technology innovators, software developers, scientists and medical researchers.

Because creativity is a broad concept, creativity researchers have had to come up with an accepted definition, and they’ve settled on the following:

Creativity is the production of something both novel and useful.

Using this definition, neuroscientists have examined the brain regions involved in creative thought and tested techniques to enhance the creative process.

Where is creativity located in the brain?

One conclusion drawn from brain imaging studies is that creativity doesn’t involve a single brain region or side of the brain.

Instead, creativity is a process that recruits different, interacting brain networks. Creativity involves your WHOLE brain.

“…the entire creative process– from preparation to incubation to illumination to verification– consists of many interacting cognitive processes (both conscious and unconscious) and emotions. Depending on the stage of the creative process, and what you’re actually attempting to create, different brain regions are recruited to handle the task.”

“The key to understanding the neuroscience of creativity lies not only in knowledge of large-scale networks, but in recognizing that different patterns of neural activations and deactivations are important at different stages of the creative process.

Sometimes, it’s helpful for the networks to work with each other, and sometimes such cooperation can impede the creative process,” says Kaufman

To live a creative life, we must lose our fear of being wrong.

Creativity research has also found a lack of concern for criticism to be key.

Silencing the ‘inner critic’ is no mean feat, but involves switching off propensity for logic and social judgment. Doing this allows you to loosen your associations, your mind to roam free, and lets you imagine new possibilities.

This is summed up in the famous quote from Joseph Chilton Pearce,

To live a creative life, we must lose our fear of being wrong.

Kaufman cautions it’s always a good idea to bring that network back online, to critically evaluate and implement your creative ideas.

Kaufman also offers wise words for those of us grappling with inner self-doubt.

What do I possibly have to contribute to this world? What can I say that hasn’t already been said?

This is the creative dilemma.

I’d like to propose an antidote, the only thing I’ve found to really help me push through. In a word: gratitude. Gratitude for all of those fellow explorers, fellow discovers. There is a middle way between the extremes of euphoric inspiration and crippling self-doubt. The creative dilemma will always be an inevitable part of life, inherent in the search for meaning. To think that you are the only one with the search for meaning is folly. With gratitude and humbleness, we can not only overcome this dilemma, but push all the way through, by treating your fellow travelers with appreciation. Anything worth saying is worth saying again. And again, again, and again.

Seven tips to maximise your creativity: