Is brain fog during menopause real? 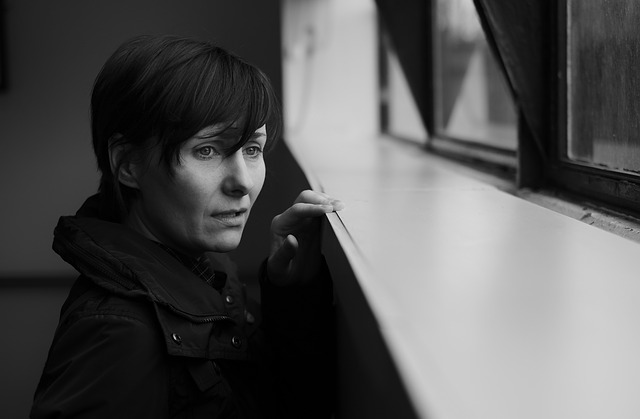 Women going through menopause often report memory problems or ‘brain fog’, alongside other symptoms. In this blog I take a look at the role of fluctuating hormones and their impact on the brain, and the cognitive changes that occur during this phase of life.

Menopause marks the end of a woman’s reproductive life. In Australia, most women reach menopause between 45-55 years of age, and the change is heralded by symptoms such as hot flashes, night sweats, mood swings and forgetfulness.

Menopausal symptoms are created by fluctuating levels of ovarian hormones, including oestrogen, progesterone and testosterone. Once hormones level out in the years after a women’s last menstrual period, many symptoms disappear too.

Women often talk of the years leading up to their final menstrual period (a phase called perimenopause) as a time of hormonal ‘chaos’. Jean Hailes, Australia’s leading and most trusted women’s health organisation, states that during perimenopause, up to sixty per cent of women start reporting memory problems or ‘brain fog’.

What does the term ‘brain fog’ mean?

‘Brain fog’ is a term not fully understood, and often argued about in medical and academic circles. I’ve had the debate myself! My take is that it isn’t a diagnosis, rather a lay description of symptoms. If a woman visits her GP and says she has ‘brain fog’, she probably means she’s suffering from slow or hazy thinking, difficulty focusing, confusion, lack of concentration, and forgetfulness. Unless someone is medically or scientifically trained they’re probably not going to describe their symptoms as ‘similar to mild cognitive decline’. So it’s pointless arguing whether or not its ‘real’. The description of how someone feels is more than suffice.

Brain fog differs from mild cognitive impairment (MCI), which is a result of brain ageing. But similarities between brain fog and MCI can cause considerable angst, as many women mistakenly assume their fogginess indicates the beginning of the descent towards Alzheimer’s disease.

A 2014 systematic review that pooled together data from a number of studies on cognition and menopause, confirmed that the menopausal transition is a time of increased vulnerability ‘brain fog’. Miriam Weber, Ph.D., a neuropsychologist at the University of Rochester Medical Center and co-author of the review writes,

“The most important thing to realise is that there really are some cognitive changes that occur during this phase in a woman’s life.

If a woman approaching menopause feels she is having memory problems, no one should brush it off or attribute it to a jam-packed schedule.

She can find comfort in knowing that there are new research findings that support her experience. She can view her experience as normal.”

The good news take away is this: brain fog symptoms during menopause DO NO indicate dementia. Feeling this way is as normal as feeling moody during puberty, or a little blue after having a baby.

Some research has attributed memory lapses and an inability to concentrate to the poor quality sleep many women experience as a result of night sweats and hot flashes. This tiredness can be compounded by stress, mood disorders, and the life circumstances women often find themselves experiencing in their late 40s and 50s. For example, coping with teenagers, ageing parents with health problems, work, and relationship issues, can all negatively impact cognitive function.

I spoke to Professor Susan Davis, NHMRC Principal Research Fellow and Chair of Women’s Health at Monash University about this. She told me,

“There appears to be a subtle but real reduction in learning and memory across menopause,”“We really don’t know the cause because you can’t dissect out hot flashes and sweats from sleep disturbance. And we know sleep is really important for consolidation of memory. But is brain fog due to disturbed sleep, anxiety, or hormones? We just don’t know,”

It may be difficult to tease out specific causes of brain fog, but ovarian hormones do have a direct impact on brain function. The processes of learning, memory, and other higher order thinking tasks are governed by the hippocampus and prefrontal cortex. These parts of the brain are rich with oestrogen receptors, and are highly responsive to oestrogen hormones. Oestrogen promotes neuron growth and survival, has a role in the neurotransmitter systems involved in depression, and influences the formation and function of synapses. It’s thought that oestrogen loss induced by menopause probably exacerbates the effects of ageing on cognitive function.

Brain fog may not solely be due to changes in oestrogen. Testosterone, typically thought of as a male hormone, is also produced by the ovaries, and production declines during menopause. Clinical trials that have examined the effects of hormone replacement therapy on cognition in postmenopausal women, have generally failed to find an effect of oestrogen. But a randomised, placebo-controlled trial conducted by Professor Davis found therapy with testosterone improved verbal learning and memory in postmenopausal women.

“Much of the research on testosterone in women to date has focused on sexual function. But testosterone has widespread effects in women, including, it appears, significant favourable effects on verbal learning and memory.”

How to keep your brain healthy during menopause.

This article was originally published on the now retired ABC website, Active Memory.