Explainer: what is Alzheimer’s disease? 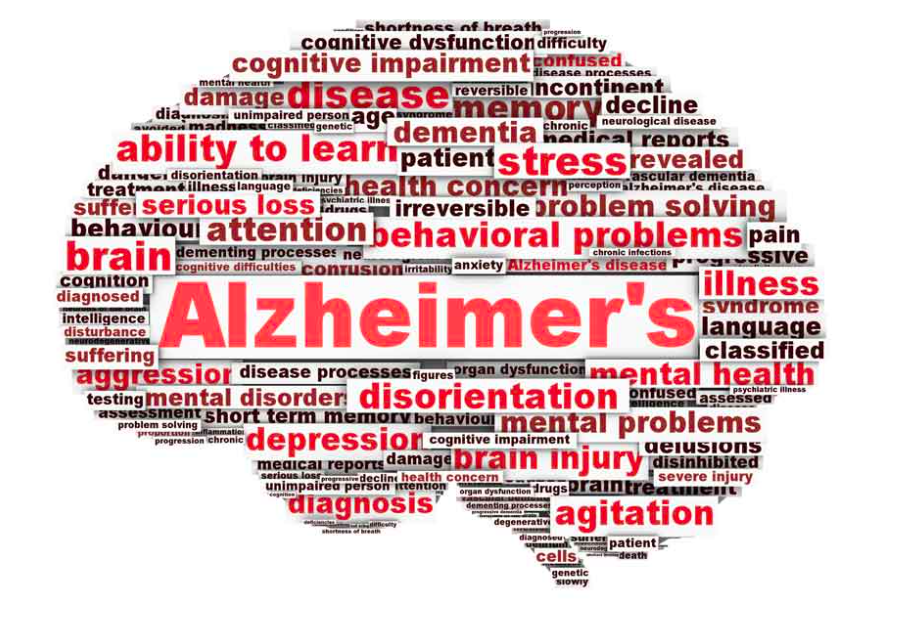 Explainer: what is Alzheimer’s disease?

Alzheimer’s disease causes progressive damage to the brain, resulting in problems with memory, cognition, social engagement, and, ultimately, a person’s ability to care for themselves.

Alzheimer’s is the most common form of dementia and accounts for half of all cases. Around 165,000 Australians live with the Alzheimer’s disease and this is expected to almost triple by 2050.

The loss of life quality over the possible 15-year duration of Alzheimer’s is immeasurable, as is the burden placed on unpaid caregivers. Around 70% of people with Alzheimer’s will require supported or permanent residential care as their disease progresses.

Apart from age, lifestyle factors such as physical or mental inactivity, obesity, alcohol and cigarette smoking increase the risk of Alzheimer’s. Head injury with loss of consciousness may also play a role.

A small percentage of cases are a result of known genetic abnormalities that are most commonly associated with younger-onset Alzheimer’s, which is diagnosed between 30 and 65 years.

The symptoms are identical to those seen in people who present in their later years. But an accurate diagnosis can be difficult to obtain, with symptoms often attributed to stress or depression.

Subtle changes to memory, speech and language may initially only be evident to family members. Further changes in the ability to orientate in new surroundings, solve problems, plan and perform familiar tasks including money handling may be strong indicators of underlying degeneration.

The affected person may only have limited insight to the issues raised, and may be reluctant to seek medical attention.

To assist in an Alzheimer’s diagnosis, a neurologist will perform a behavioural assessment looking at reflexes, coordination, balance and gait, as well as eye movement, sensation and speech. The neurologist will be looking for signs of muscle weakness, fascinations and tremor, to rule out other confounding causes of illness.

You can expect to undergo some kind of brain imaging such as magnetic resonance imaging (MRI) or computed tomography (CT) scans to look for changes to the structure of the brain anatomy. Evidence of atrophy — spaces which indicate that brain cells have degenerated – can help confirm the diagnosis.

Sonographers who interpret the scans can detect structural changes in the cortical areas that control thinking, planning, memory and speech. They can also help to determine other possible causes of illness such as stroke or lesion that could affect cognition, movement or speech.

Cognitive evaluation by a neuropsychologist is typical in the diagnostic process. Some very basic and commonly used tests such as the Mini-Mental State Examination, the Alzheimer’s Disease Assessment Scale – Cognition and Addenbrooke’s Cognitive Examination – Revised can help determine whether a person is well orientated, their speed of thinking, reasoning skills, memory and perception.

These tests are often administered 12 months apart (sometimes more frequently) to observe which areas of cognition the person is having the most difficulty with, and also the rate at which a person may be progressing.

Earliest detection of Alzheimer’s makes for the best outcome for life planning. Those affected may want to make specific medical directives and appoint someone to take care of their legal and financial matters. Many people decide to take trips and make memories; others join workshops that offer creative suggestions for dealing with the changes that may arise as the illness progresses.

Currently two classes of prescription medicine are available to treat the cognitive symptoms of Alzheimer’s after a diagnosis of clinical Alzheimer’s has been made.

But these drugs cannot cure or reverse the changes in the brain caused by the illness, so the most appropriate target for any therapeutic intervention is the early, prodromal phase of illness, where patients experience mild cognitive impairment.

The idea is to stop aggregations of the proteins Amyloid-β and Tau from depositing in brain regions, which eventually leads to Alzheimer’s.

Screening for these proteins in the research setting involves using fluorescence or brain amyloid imaging, and cerebrospinal fluid (CSF) analysis in persons considered to be at risk of progressing to symptomatic Alzheimer’s.

But these methods are expensive and invasive and not practicable for use in the community health-care setting, particularly in countries without a public health safety net.

Our research team is currently using blood tests to screen for genes associated with inherited Alzheimer’s. These tests can be used to confirm the cause of a familial illness or to predict whether a healthy person with a family history of illness is likely to progress to a disease state.

Blood tests are also a valuable tool for monitoring the biochemical, or altered physiological state of a person. Researchers are developing a blood test that could show evidence of brain changes and be used as a predictor of future cognitive decline. The test would need to be sensitive enough to measure markers of interest, with a high degree of specificity to ensure the findings are valid.

A research team in the United States, for instance, has successfully used a lipodemic approach to detect pre-clinical Alzheimer’s. They identified a set of ten lipids extracted from peripheral blood that could be used to accurately predict that otherwise healthy adults would develop early signs of Alzheimer’s within three years.

We are using a different approach, measuring the concentrations of specific isoforms of pathological Alzheimer’s proteins Amyloid-β and Tau in serum, plasma and saliva in an effort to accurately detect early evidence of disease. These are the same proteins that are measured during a spinal tap.

We’ve had some initial success with this method in yet-to-be-published research. But it must now be validated in a larger cohort. Continued research will indicate if this method is effective at detecting pre-symptomatic Alzheimer’s in the wider community.

We’re also investigating whether inflammatory markers may influence a person’s susceptibility to Alzheimer’s.

Taking a blood test to discover that you may suffer Alzheimer’s in the future is not something that everyone will wish to do. But early detection is crucial for effective intervention.

It’s likely that current and future drug trials targeting Amyloid-β and Tau will be most effective as preventative measures, rather than a cure for Alzheimer’s. This is because once the brain begins to show atrophy, the cells cannot be regenerated.

Although a definitive, commercially available blood test for Alzheimer’s is some way off, there is good reason to believe that we will be able to better retain sufferers’ precious memories, cognition and independence with better treatments in the future – minimising the impact of Alzheimer’s on the community.

Lauren Bartley does not work for, consult to, own shares in or receive funding from any company or organisation that would benefit from this article, and has no relevant affiliations.

This article was originally published on The Conversation.
Read the original article.