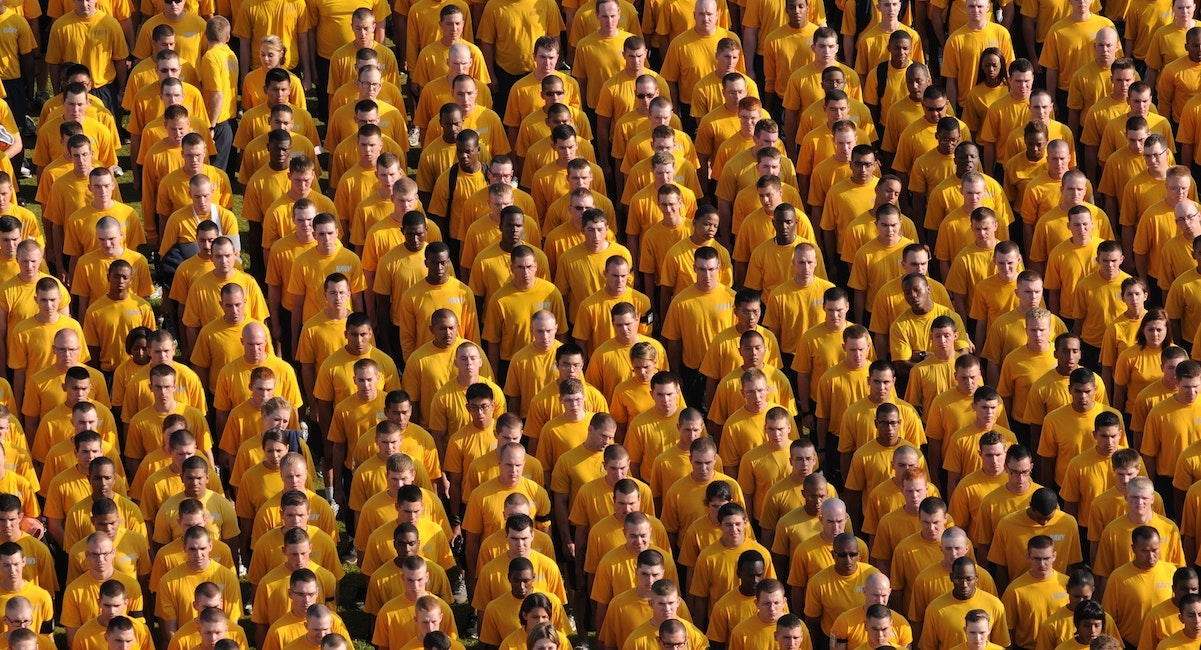 But, who exactly is most at risk? Teens? LGBTI people? Middle-aged men? New mothers? Indigenous people? The elderly? People in lockdown? The unemployed?

Dare I suggest all of us?

Experiencing a diagnosable mental health disorder at some point during the first half of your life is the norm.

People whose lives remain free from mental disorder are, in fact, remarkably rare.

The above rather startling statement comes from the Dunedin Study, a research programme that has closely tracked every aspect of the lives of 1037 people born in Dunedin, New Zealand in 1972 and 1973.

Head of the study, Professor Richie Poulton and colleagues found 83% of people experience some form of mental illness by the age of forty. Less than one in five of us experience enduring mental wellbeing.

Their research published in the Journal of Abnormal Psychology in 2017 states,

Only 17% of repeatedly assessed Study members managed to reach midlife (age 38) without experiencing the psychiatric symptoms and resulting functional impairment necessary to meet criteria for the diagnosis of a mental disorder.

Poulton and his colleagues acknowledge that readers “…may reasonably doubt the claim that the experience of diagnosable mental disorder is near universal.”

Because their claim is so astonishing, and you may be doubtful too, it’s worth spending time looking at it how the finding came about.

A backgrounder to the Dunedin Study

The Dunedin Multidisciplinary Health and Development Study has been running continuously since the mid-70s when 1037 babies and their families were asked to join the study.

Dunedin Study members have been visiting the centre every few years since they were born (ages 3, 5, 7, 9, 11, 13, 15, 18, 21, 26, 32, 38 and 45). At every visit, mental health specialists evaluated members for symptoms of 11 common diagnoses including anxiety, depression, schizophrenia, substance abuse, attention deficit disorder, and PTSD.

Here’s an excellent long-read about The Dunedin Study, summarising some of the more startling findings:

The Dunedin Study finds 17% were ‘completely psychiatrically healthy’ at every visit.

Mental health statistics are often drawn from a particular population at a given point in time.

For example, ‘Danish people who received treatment in a psychiatric setting between 2000 and 2012’ or ‘…one in fourteen of Australians aged four to seventeen who experienced an anxiety disorder in 2015’.

However, cases can only be counted if they’re reported, and because plenty of people never seek treatment, their medical records are incomplete or inaccurate. Also, some studies ask people to remember if they’ve ever suffered from depression, and they forget. Asking people to recall events from decades earlier is a notoriously unreliable way to gather health histories!

These are just a few of the many issues with bias and reporting error mean estimates of mental illness are usually lower than actuality.

Because investigations such as the Dunedin Study meet and interview participants repeatedly over the decades, there are fewer cracks for the data to fall into. In summary they found,

To be honest, I found this finding both thrilling and depressing. It finally made sense why mental health campaigns such as ‘RU OK? Day’ strike a chord, or why many people find mindfulness and meditation useful. At the same time, I couldn’t get my head around the idea that we should consider mental illness as ‘normal’. Does this needlessly pathologise the shades of blue we all experience?

Poultan and his co-authors write,

…the observations that mental disorder affects the overwhelming majority of persons at some point in life and that its course is often transient suggest a need to alter our conception of what it means to be mentally ill.

For many, an episode of mental disorder is like influenza, bronchitis, anemia, kidney stones, or a fractured bone—these conditions are highly prevalent, sufferers experience impaired functioning in social and occupational roles, and many seek medical care, but most recover.

Rather than be cause for concern around over-diagnosis and over-medicalisation of mental illness, Poulton hopes his data reduce stigma and victim-blaming. As he candidly pointed out,

“People who are mentally ill really get crapped on by society… We can talk as much as we like about mental health and mental illness in the media, but the stigma remains for many people, who then fail to ask for help.”

As predicted by previous findings from the Dunedin study, the healthy 17% came from childhood backgrounds virtually free of the well-known predictors of poor mental health such as childhood abuse, poverty or illness. These childhood predictors were common in the group who experienced more severe cases of schizophrenia, mania or PTSD.

A key comparison in the study was between the healthy 17%and those who mild bouts of anxiety or depression— they were no more or less likely to come from early childhood adversity or trauma.

The biggest differences between the two groups were childhood temperament, and a relative absence of family psychiatric history. The 17% scored low on Poulton’s preferred marker ‘negative emotional reactivity’. As children, they had few emotional difficulties, lots of friends and showed superior levels of willpower or self-control.

If it is so rare, does enduring mental health matter?

Have the 17% won a wellbeing lottery?

As you might expect, the 17% went on to achieve more ‘desirable’ life outcomes — they stayed in education longer, landed better paying jobs, and had higher quality relationships (they rated respect and fairness, emotional intimacy and trust, and open communication in relationships as high).

They’d be the type of people the psychology literature would described as ‘flourishing’. This study draws a nice parallel to other reports of rare physical health such as centenarians who manage to live to 100 years or older with unusually enduring physical health.

Clearly there is a strong advantage gained in life by those who escape even transient, mild issues with depression and anxiety. Such advantage starts in childhood and snowballs with age.

Thus the role of abundant social support in childhood to buffer against adversity cannot be underestimated.

Poulton points out human bonds formed at any stage of life can be transformative, and there is always the potential for warm benevolent relationships later in life to repair the damage done in childhood.

Rather than blaming the victim for economic burden following from childhood disadvantage Poulton suggests we focus on early-years intervention or what he calls ‘grey-matter infrastructure’ so we can lift mental health and social wellbeing as disadvantaged children grow up.

This blog is an excerpt from The Women’s Brain Book. The Neuroscience of Health, Hormones and Happiness.