The neuroscience of the gut-brain connection (Part 1) 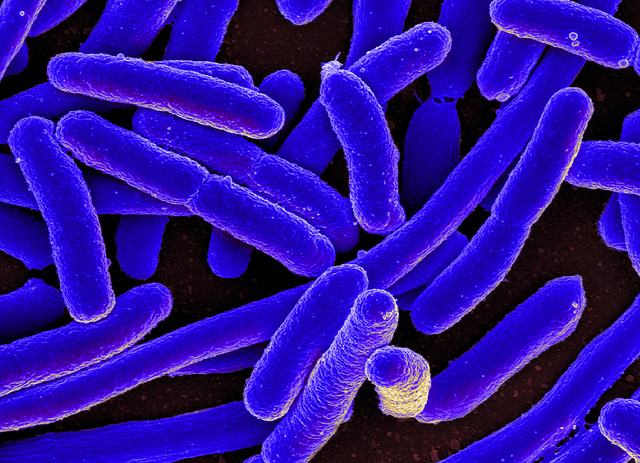 This is the first post in a series exploring the neurobiology of the gut-brain connection published in partnership with neuroscientist Dr Amy Reichelt.

Our brain and gut are intrinsically connected. We have ‘gut feelings’ about a person or event, and feel ‘butterflies’ in our stomach when something exciting happens. Neuroscientists have become increasingly aware that our gut may hold key insights into brain function.

The gut communicates with the brain via hormones released into the bloodstream that cross the blood-brain barrier, controlling our desire for food. For example, the gut hormone ghrelin tells us when we’re hungry, and other hormones such as glucagon-like peptide 1 (GLP-1) influence satiety or tell us when we’re full. Such hormones act on the reward-signalling neural circuits in the brain, explaining why food tastes better when we are hungry.

The gut also makes neurotransmitters, which are the molecules neurons use to communicate at synapses. One such neurotransmitter is serotonin (aka 5-hydroxytryptamine, 5-HT). About 90% of the body’s total serotonin is made in the gut, the rest is made in the nervous system. In the gut, specialised enterochromaffin cells lining the wall of the gut make and secrete serotonin where it plays important role in controlling peristalsis — the wave-like contractions of the gut walls that squeeze food along the digestive tract. Some neurons in the enteric nervous system also make and use serotonin as a neurotransmitter.

Note! The gut is not the brain’s ‘serotonin factory’. Neurons in the brain make their own neurotransmitters. Also, gut-secreted serotonin (and other neurotransmitters) cannot cross the blood-brain-barrier, so it’s improbable gut serotonin directly influence brain function via the blood stream.

There is another important player in the gut-brain conversation. Our intestines are home to an entire ecosystem of microbes that control digestion, fight pathogens, and modulate hormone and neurotransmitter production. The collective of these microbes is termed the ‘gut microbiome’. An average person has about 1.5 kg of bacteria in their gut – similar to the weight of the brain! Gut bacteria also make the neurotransmitters including γ-aminobutyric acid (GABA), serotonin, dopamine and acetylcholine.

Gut bacteria talk to the enteric nervous system and the brain, but the precise method of communication is unknown — researchers call it ‘black box connectivity’. Possible lines of communication include via hormones, immune signalling molecules, metabolic pathways, and via the vagus nerve.

Much of the microbiome research to date has used germ-free mice raised in highly sterile conditions. Germ-free mice are born by Caesarean section, thereby preventing the transfer of microbes from their mother. They grow up inside sterile isolators, are fed purified food and water, and breathe filtered air. Germ-free mice offer a blank canvas when it comes to their gut microbiome.

These experiments suggest the presence and composition of gut microbiota provides a signal to the brain via the gut-brain axis that in turn modifies rodent emotions.

However, it’s very important to understand that germ-free mice are not typical mice. Germ-free mice are reared in artificial ‘bubble-like’ environments in the absence of micro-organisms to shape their immune systems. Their behaviour fundamentally differs from standard lab mice; particularly stress reactions and social responses.

Can we ‘balance’ the brain with bacteria?

Altering the microbiome through FMTs has potential to change brain chemistry. Case reports in humans suggest that FMTs may have therapeutic potential for disorders including autism, chronic fatigue syndrome and multiple sclerosis, but much more research is needed. There is a well-recognised ‘gap’ between rodent neuroscience research and application in humans.

In my next blog, I will discuss how scientists are manipulating the microbiome through the use of ‘psychobiotics’ to treat mood disorders and the use of probiotics and prebiotics as brain health supplements.

Dr Amy Reichelt is a neuroscientist with training in behaviour, psychology and molecular biology. She completed her PhD at Cardiff University in 2011 and went on to postdoctoral research fellowships at the University of Birmingham, UK and as an Australian Research Council Early Career Fellow at UNSW Sydney. She is currently a lecturer at RMIT University, Melbourne.

Her research examines what happens to the brain when it is exposed to environmental changes – such as junk food diets, exercise, stress, and drugs.

Amy is passionate about science communication and her career-defining 2016 TEDxSydney talk can be found here:

Amy is an avid Twitterer (find her @TheAmyR) and has written for The Conversation, The Guardian, and other news websites.