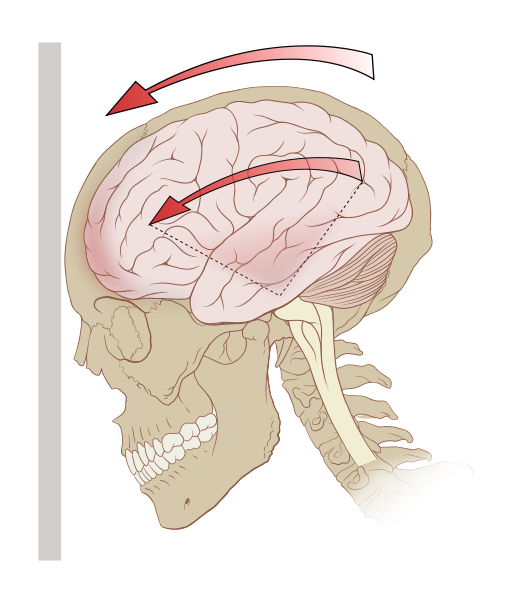 Traumatic brain injury (TBI) has been headline news this January.  As I’m writing this, Michael Schumacher is still in a medically induced coma after suffering a traumatic brain injury skiing. And here in Sydney, we’re all reeling after the death of a teenager, Daniel Christie, who tragically had his life support switched off last week. He suffered a TBI after a single, random punch knocked him to the ground and fractured his skull when he was out celebrating New Year’s Eve in Sydney.

Some of the damage from a TBI is caused at the time of the injury. But it’s the subsequent ‘cascade’ of events — brain swelling, free radical formation, and inflammation— that worsen that initial injury.

It goes without saying that finding effective, inexpensive and widely usable treatments for brain injury is really, really important.

Sadly, no drug treatment has been shown to improve recovery from TBI.

Methylprednisolone (a steroid) was once considered a mainstay of treatment, but it’s proven to be harmful, not helpful.  Currently the only treatment involves surgery to reduce swelling and to remove blood clots, and attempts to keep the brain oxygenated.

The search for a safe and clinically effective drugs to prevent secondary brain damage after TBI has uncovered a new prospect – the hormone progesterone.

It turns out that progesterone is present in the brains of men and women in small, roughly equal concentrations. And it’s not just made in the gonads and adrenal glands, but also produced by glial cells in the brain, and by the Schwann cells that provide insulation to nerves.

Some of the first clues that progesterone might be neuro-protective came from serendipitous observations of the differences between males and females recovering from stroke or brain injury.

It appeared that there was some association between gender, the menstrual cycle, and recovery from brain injury.  These observations eventually led to the development of progesterone as a neuro-protective drug.

How does progesterone protect against damage?

Scientists have suggested a number of ways progesterone might protect the brain:

The bonus of progesterone is that it does not target one single aspect of the TBI cascade, instead it works through multiple mechanisms to enhance the repair of damage to nerve cells caused by CNS injury.

Clinical trials for progesterone and TBI

Two randomised, double-blind, placebo-controlled phase II clinical trials of progesterone for TBI patients have been conducted. Both studies have shown that progesterone decreases in mortality (rate of death) and reduces the level of disability of patients who recover. The studies also confirmed that the drug is safe and tolerated by the head injury patients.

The only problem is that these were phase II trials, so they were small and done at individual sites.  So right now, two phase III trials are underway which are much larger and comprehensive:

If progesterone helps brain injury patients get better, it will be a big improvement in the treatment of TBI, because right now, there is very little that can be offered.