Neuroplasticity: the battle in your brain 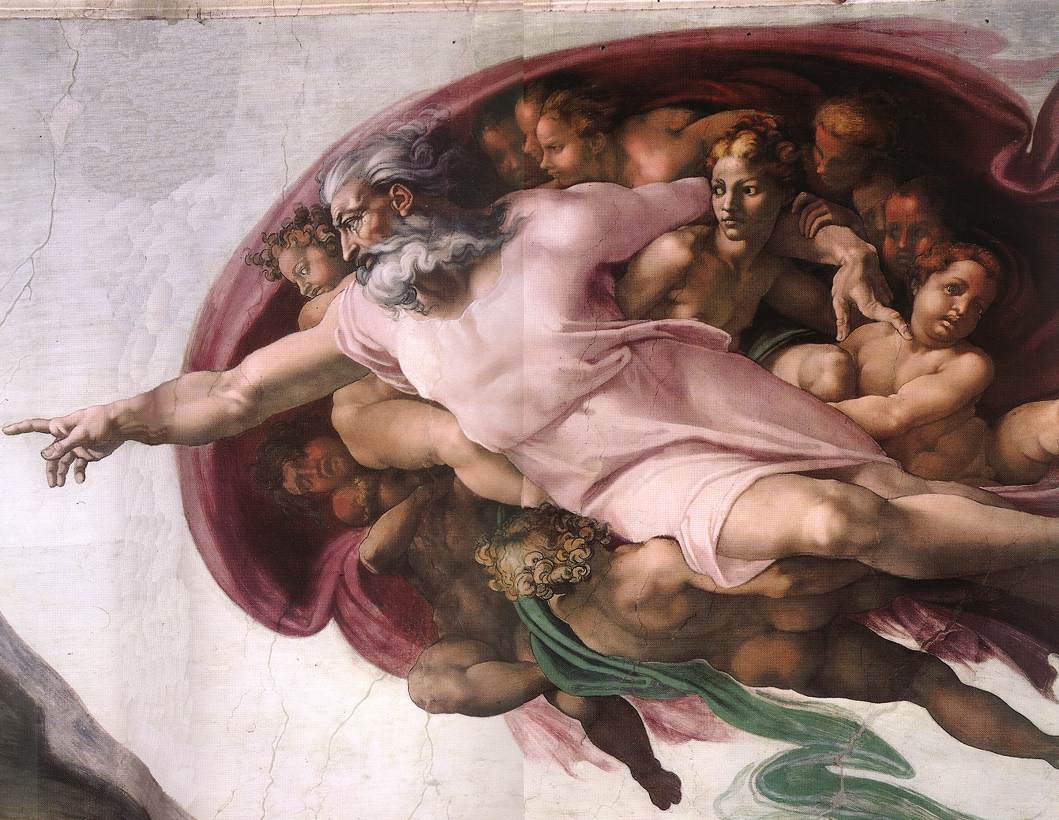 Michelangelo’s ‘Creation of Adam’ may correlate with major sulci of the cerebrum in the inner and outer surface of the brain, the brain stem, the frontal lobe, the basilar artery, the pituitary gland and the optic chiasm.

Today’s blog comes from my courageous friend and fellow brain blogger, Debbie Hampton, who writes over at The Best Brain Possible. In her words her blog provides: information and inspiration for anyone with a brain and desiring to improve it.

The Battle in Your Brain

When Michelangelo painted the Sistine Chapel, he had to work in an awkward position with his head thrown back looking up. During the project, his brain adapted so that he saw the world in that weird upside down way all the time.  Upon completion, his vision took several months to go back to normal.

Studies have revealed that musicians, who play stringed instruments, have larger areas of their brains dedicated to their active hands. Brain scans of London taxi drivers have shown that the more years a driver has on the job correlates to a larger portion of their brain handling the storage of spatial relationships. Meditators exhibited denser parts of their brains activated when paying close attention to something.

For decades, it was believed that by adulthood the brain was hardwired, fixed in form and function.  This concept was colorfully illustrated in textbooks and implied that we were pretty much destined to live our lives with the unalterable brains and traits we were born with.

Research in the past decade has completely overturned this dogma. We now know that the adult brain retains impressive powers of “neuroplasticity,” the ability to change its structure and function in response to experience.

Every minute of every day there’s a battle going on in your brain — a battle for cortical real estate.

Your experiences, behaviours, emotions, and even your thoughts are constantly, literally changing and shaping your brain.

These aren’t minor tweaks either.

Alvaro Pascual-Leone, MD, PhD, Harvard Medical School, blindfolded sighted people for five days scanning their brains at various times.  He had to make sure that the participants experienced absolute darkness because vision is such a powerful sense that if even the slightest light could be detected, their brains would prefer to process it.

In the experiment, the blindfolds acted as roadblocks for the neural pathways dedicated to processing the sense of sight.  After just two days, Pascual-Leone saw evidence of the blindfolded people’s brains reorganizing themselves with the “visual cortices” beginning to process information from touch and hearing.  Within twenty-four hours of the blindfolds coming off, the traditionally visual brain areas went back to their prior function.

Reasoning that the brain couldn’t grow new nerve connections that quickly, Pascual-Leone confirmed in later experiments that our brains are not organised in terms of systems that process a specific sense, but rather in terms of a series of specific operators that process more abstract information, for instance shapes or movement, for several senses.

It is these operators that are selected by competition.  The 1987 Nobel Prize Winner, Gerald Edelman proposed that there is constant competition, “neural Darwanism,” happening between operators.  When learning a new skill, people can recruit operators devoted to other activities to increase their processing power.  For example, someone trying to memorize a long passage might blindfold themselves to incorporate operators usually processing sight.

Competitive plasticity also explains why bad habits are so difficult to break because what really has to happen is the brain map allocated to the bad habit has to be taken over by something else.

The competitive nature of neuroplasticity has profound ramifications for us all. There is an endless battle for cortical real estate going on all the time in your brain.  If you stop playing guitar, speaking a second language or any mental skill, you don’t just forget it, you lose the brain space dedicated to it.  It truly is a use it or lose it brain.