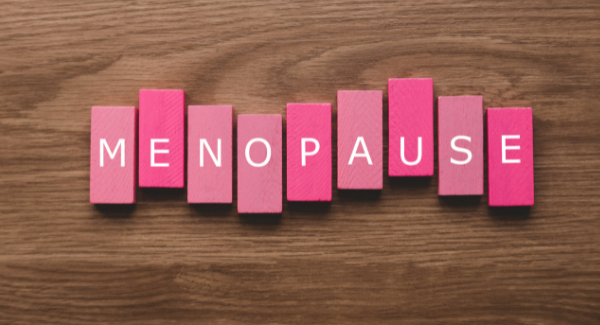 YOUR BRAIN ON MENOPAUSE: In this seven-part series, I explore menopause from a brain health perspective with a particular focus on the neurobiology of hot flashes, sleep, mood and memory, the role of hormone therapies and their long-term effects on the brain. This is Part 7.

Women are at greater risk for developing dementia compared to men. And as Jen Gunter points out,

“…When women develop these conditions they often develop them earlier. Women with a later menopause (longer lifetime exposure to estrogen) have a lower risk of dementia, and women with menopause before age forty-five are at higher risk.”

You can read more about some of the reasons why women are at greater risk than men, in one of my earlier blog post: Is Alzheimer’s Disease a Women’s Health Problem?)

Dementia is an umbrella term used to describe the symptoms of a large group of illnesses that cause a progressive decline in a person’s functioning.

AD is the most common form of dementia and accounts for 50 to 70% of all cases, which is why the two terms are often used interchangeably.

Early signs of dementia are subtle and vague. Symptoms may include:

Clearly, these symptoms are common for a number of conditions such as vitamin and hormone deficiencies, depression, infections and brain tumours, and … menopause.

With all this in mind, it is reasonable to ask how does dementia relates to MHT?

There are good reasons to be confused about the data!

Biological studies have suggested possible neuroprotective effects of oestrogen on the brain. But data from studies following women into their 80s and 90s are mixed.

The fear that MHT caused dementia arose from the results of the Women’s Health Initiative Memory Study (WHIMS) which was a sub-group with WHI. For the 4,532 women included in the trial, HRT worsened cognitive function, and increased the risk for AD.

But bear in mind, this was the WHI and women were enrolled at the average age of 72, roughly 15 to 20 years after their menopause, and well beyond the critical window of opportunity in which HRT is of benefit (see our previous blog for a discussion of the ‘window of opportunity’). Unfortunately, WHIMS came to the incorrect conclusion that HRT was detrimental to brain health and caused AD.

A recent large trial published in the British Medical Journal in September 2021 studied 16,291 women with dementia and 68,726 healthy women all taking MHT. After adjusting for the full range of potentially confounding factors, the researchers found no overall associations between MHT and risk of dementia, regardless of hormone type, application, dose, or duration of treatment.

No increased risks of developing dementia associated with MHT were observed in the largest trial to date.

Indeed, a decreased global risk of dementia was found among cases and controls younger than 80 years who had been taking oestrogen-only therapy for 10 years or more.

However (there is always a ‘but’ when you slice and dice the data) a tiny increased risk of developing specifically Alzheimer’s disease were found among women who had used oestrogen-progestogen therapy for more than five years. Or to put the numbers into perspective: the risk was equivalent to 5 to 7 extra cases of AD per 10, 000 woman-years.

As the authors conclude,

This large observational study provides the most detailed estimates of risk for individual treatments (which of course should be discussed with your women’s health specialist!!)

Mind the gap of midlife

“The afternoon of human life must also have a significance of its own and cannot merely be a pitiful appendage to life’s morning.”

Apart from menopause, we tend to think of midlife as a still period that lies between the turmoil of adolescence and the decline of old age. Yet midlife is when we’re at the peak of parenting, decision-making, self-confidence, self-esteem, our capacity to earn and contribute to the community.

Midlife is also when the early warning signs for poor mental or physical health emerge, but when there is still time to delay, minimise, or even prevent some of the changes in biological, psychological, and social functioning that typically occur in later life.

Midlife is a unique window of opportunity in which to invest in future-proofing your brain. It’s time to stop, take stock, and invest in a healthy future.

And as she always says it best, I shall conclude this series with yet another Jen Gunter quote,

Many women have been conditioned to fear menopause as an expiration date for relevance and as a sign of weakness only because that is what men thought.

In fact, we have this amazing data that tells us that menopause is the opposite—a time when historically women contributed great things to society because of their knowledge and their age.

Yes, menopause has symptoms and is associated with medical concerns, but there is help and it’s certainly not a pre morbid state.

The story I want you to remember is about value, agency, and voice and the knowledge to keep yourself in the best of health…