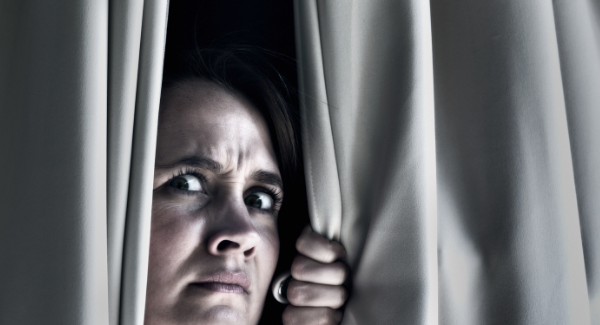 YOUR BRAIN ON MENOPAUSE: In this seven-part series, I explore menopause from a brain health perspective with a particular focus on the neurobiology of hot flashes, sleep, mood and memory, the role of hormone therapies and their long-term effects on the brain. This is Part 6.

Hormone replacement therapy (HRT; also called menopausal hormone therapy, MHT) is a drug combination of oestrogen and progesterone, and sometimes testosterone. It is most commonly used to treat symptoms of perimenopause such as hot flashes.

MHT is the most effective treatment we currently have for symptoms related to oestrogen withdrawal during menopause if started when women are symptomatic.

The choice to use any type of MHT is tricky because there are complicated risks and benefits to weigh up. There are confusing messages, newspaper reports, and even conflicting advice from medical professionals. So the decision really comes down to deciding: are the risks worth the benefits that MHT can deliver?

Thanks to the work of women’s health advocates such as Dr Jen Gunter, Dr Louise Newson, and organisations such as that named after the late Dr Jean Hailes, calm clear information is accessible.

Before I discuss some of the risks and benefits, it’s worth understanding the rather provocative history of MHT.

Hormone therapy for menopause has been around longer than you might suspect — since the late 1800s!

As early as the 1930s, menopausal women were routinely offered extracts of human placenta or oestrogen distilled from the urine of pregnant women. This was was described as “socialized estrogenicity” whereby the “estrogen-rich woman gives to the estrogen-poor.”

The drug ‘Premarin’, which is made from urine extracted from pregnant mares (don’t be too horrified, for years insulin for diabetes was extracted pig pancreas), was first marketed in the 1940s. Hormone doses in these early preparations were far in excess (in the order of ten times) of those prescribed today, and modern doses of MHT contain less synthetic hormones than found in the oral contraceptive pill.

In 1972, one of the more expressive women’s health academic articles ever written appeared in The Journal of the American Geriatric Society penned by New York gynaecologist Robert Wilson and his wife, a nurse, Thelma Wilson.

“The estrogen molecule is by far the most important hormonal molecule in the body. There is no intention to denigrate other steroids, but this statement is not difficult to prove.”

“Estrogen produces the beauty, the allure which attracts the male. This can no more be resisted then the moth can resist the flame. Instead of death there results life – that is why we are here.”

In the paper, the Wilsons describe menopause as “truly a galloping catastrophe” and a time of “slowly foundering sexuality” treatable by the simple transfer of natural estrogens from one mammal to another.

“The timely administration of natural estrogens plus an appropriate progestagen to middle-aged women will prevent the climacteric and menopause – a syndrome that seems unnecessary for most of the women in the civilized world.”

The Wilsons’ correctly identify many of MHT’s positive benefits.

“The estrogenic treatment of older women will inhibit osteoporosis and thus help to prevent fractures, as long as they continue healthful activities and appropriate diets. Breasts and genital organs will not shrivel.”

The final line surely reflects the era in which it was published,

“Such women will be much more pleasant to live with and will not become dull and unattractive.”

Embracing the “feminine forever” in the 60s and 70s

The 60s and 70s marked the beginning of the sexual revolution and at the same time, younger women were embracing the reproductive freedom engendered by the oral contraceptive pill.

The feminist movement in the 1960s changed women’s status and life expectancy, encouraging menopausal therapy, especially in European countries, with the concept of “feminine forever”.  Women embraced MHT as an elixir of youth, freeing them from hot flashes, sleepless nights, and mood swings (and presumably also becoming dull and unattractive).

Whilst millions of women around the world embraced MHT, others questioned whether naturally dwindling hormone stores should be viewed as a problem. Some resisted the notion that women of a certain age suffered from ‘oestrogen deficiency’ that needed restoration in order to function as feminine. They pointed towards our western obsession with youth and beauty as the problem, not their ageing ovaries.

Millions of women in many studies

Since the 1970s, the risks and benefits of MHT have been explored in numerous women’s health studies.

There are many other studies I could mention, but I don’t want to bore you. Instead, appreciate that MHT is actually a deeply scrutinised women’s health issue. We have very detailed information about the risks and benefits for a wide range of health outcomes!

So, why, despite the wealth of knowledge we have available, is there still so much fear and confusion around MHT?

It all comes down to the WHI and the dramatic events that unfolded in 2002 and 2003.

Or as Jen Gunter comments in her book The Menopause Manifesto, “The WHI, a WTF for MHT.”

The early 2000s and the WHI controversy

In 2002, I was working at a national breast cancer organisation when news filtered in that stunned us all. The WHI announced it had stopped the MHT trial early because of safety issues. It appeared that combined MRT caused a small increased risk of breast cancer, heart disease, stroke and blood clots, but fewer cases of hip fractures and colon cancer.

Whilst researchers and statisticians quickly pointed out the risks were greatly exaggerated, and there were errors in the original paper, media attention was extraordinary.

Women on the trial were sent letters telling them to stop, and doctors were inundated with calls from frantic patients. Many doctors were rightly confused and advised their patients to come off MHT. Globally, 50% to 80% of women stopped MHT.

The Million Women’s Study followed with a 2003 report in the Lancet claiming the use of MRT increased the incidence of breast cancer.

I remember the CEO of my organisation spending that time fielding calls and media interviews from what can only be described as her ‘MHT war room’. She tried to project some calm and common sense around the data. But like most communication around risk, fear prevailed.

In the 15 years since then, studies have continued to gather and analyse data. Now, understanding of the risks and benefits is far more nuanced and less fear-based. But as Jen Gunter points out in The Menopause Manifesto,

“It’s not possible to overstate the impact of the WHI on how we view MHT today, and I suspect its reverberations will likely be felt for decades more.

Not just because of the results, but how they were communicated by the investigators and the press, and how they have been interpreted and reinterpreted ad nauseam—and will likely continue to be reinterpreted.”

“The damage done was huge, basically leaving many symptomatic women without an effective treatment, even if the epidemiological data were not strong enough to document a clear harm to women’s health.”

A beneficial window of opportunity for MHT

The major problem since identified with the WHI trial was that most women were too old to be safely starting MHT.

The average age of the women in the trial was 63 – some were enrolled up to two decades after they experience their last menstrual period. Only 10% of the women started on MHT were younger than 55. We now understand, for these older women, the risks of MHT outweigh the benefits.

The evidence now stands that MHT should be started as young as possible, as soon as symptoms start if necessary, and no later than one decade after a woman’s final period.

For these young women, the benefits of MHT far outweigh the risk.

“This idea that there was a window of safety for starting MHT—meaning starting hormones closer to the final menstrual period is different risk-wise from starting later—was born and is now supported by an increasing amount of data.”

In July 2017, the North American Menopause Society (NAMS) released a position statement that came about after society members reviewed decades of data amassed from millions of women to see the effect of MRT when started at the appropriate age. The extraordinary list of women’s health issues explored included:

NAMS concluded that the benefits of MHT outweigh the risks for healthy women with menopausal symptoms.

“The evidence suggests that, for menopausal women aged younger than 60 years or within 10 years of menopause onset, without contraindications, systemic hormone therapy benefits outweigh risks for relief of menopause hot flashes and sleep disturbances and for prevention of bone loss for those at elevated risk.

“We’ve now learned there is a critical window for starting HRT and it should not be started years after the menopause is complete — this is when the risks start to outweigh the benefits.”

In other words, timing is everything!

No ‘one-size-fits-all’ approach to MHT

Decisions about the type, dose, formulation, route of administration, and duration of use of MHT should be based on the unique health risks of each woman, her age or time from menopause, and her goals for therapy.

Various additional risks and benefits must be weighed up for each woman, for example,

There are also plenty of complexities around the combinations of hormones (oestrogen and/or progesterone and/or testosterone), and how you deliver the treatment (pill, gel, patch, vaginal pessary, lozenge, and so on).

Such considerations are well outside the scope of this blog. But as the saying goes, please consult a good women’s health doctor.

Here in Australia, the Jean Hailes Foundation is my go-to resource for up-to-date, evidence-based (not fear-based), simple information. They state,

Dosages and methods of administration vary according to each woman’s needs and responses to MHT. Changes may be needed before a satisfactory method and dose is found for each woman, and such changes should be made under the close supervision of your doctor. It can sometimes take up to six months to find the right combination.

I and many others hope the most recent information will allow conversations between women and their health care providers about initiating, continuing, changing or stopping MHT to be evidence-based, and not fear-based.

Weighing up the risks and benefits of MHT

The amounts to an absolute increased risk of one woman per 1000, within a given year.

And for perspective, the following factors have been identified to put you at a higher risk of developing breast cancer than taking MHT:

What about the benefits of HRT?

YOUR BRAIN ON MENOPAUSE: In this seven-part series, I explore menopause from a brain health perspective with a particular focus on the neurobiology of hot flashes, sleep, mood and memory, the role of hormone therapies and their long-term effects on the brain. This is Part 6.