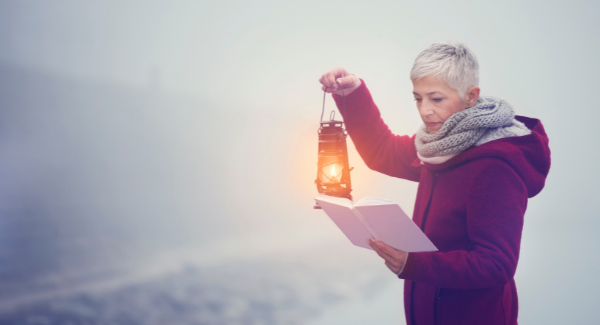 YOUR BRAIN ON MENOPAUSE: In this seven-part series, I explore menopause from a brain health perspective with a particular focus on the neurobiology of hot flashes, sleep, mood and memory, the role of hormone therapies and their long-term effects on the brain. This is Part 5.

Brain fog during menopause is common

Memory loss and brain fog are very common experiences for women going through the menopause transition.

And one of the fears midlife women have is whether their foggy brain is an early sign of an inevitable decline towards dementia.

When I was writing my book on women’s brain health, I spoke to a friend who is a dementia researcher in her late 40s. She confessed to she’d visited her GP to discuss symptoms as she was terrified she had early-onset dementia. Her fears were not unfounded —menopausal brain fog and early-stage dementia share many of the same symptoms, including those my neuroscientist friend had a detailed professional understanding of.

But, it is important to know that brain fog is not an early sign of dementia.

Menopausal brain fog is temporary and typically disappears after the transition is over.

Obstetrician and gynaecologist Jen Gunter who has written the excellent book The Menopause Manifesto, likens brain fog and the hormonal chaos of the menopause transition to a computer uploading a new program:

“During the upload (the menopause transition) things run a little slower. Once loaded, there may be a glitch or two before this new program is running smoothly and then things settle as the new program takes over. After all, both computer code and hormones are forms of language.”

What are the symptoms of brain fog?

‘Brain fog’ is an umbrella term used to describe problems with memory or concentration.

Professor John Eden, a gynaecologist and reproductive endocrinologist and director of Women’s Health and Research Institute of Australia (WHRIA), told me a change in ‘word-finding ability’ is common in the women he treats. He mentioned lawyers, in particular, notice this symptom early, presumably because they rely so heavily on verbal gymnastics and sharp recall!

Research suggests that brain fog is a real but temporary experience for some women.

About 60 % of women over 40 report ‘brain fog’. Some clinical studies support this lived experience. But others find subtle or not measurable change in cognition.

Why do some women experience temporary brain fog during the menopause transition?

When writing my book, I had numerous conversations with researchers and clinicians about menopausal chicken and egg scenarios.

One likely explanation is the well-established link between sleep and brain fog. Some research attributes memory lapses and inability to concentrate to disrupted sleep, especially in women who have hot sweats and night sweats.

In a previous blog post Menopause And Sleep Problems: Are You Too Hot To Sleep?, I discussed how fluctuating levels of oestrogen can disrupt thermoregulation circuits in the hypothalamus and the knock-on effect on sleep.

Sonia Davison, consultant neuroendocrinologist to the Jean Hailes Foundation wrote in an email,

“Hot flashes and sweats, sleep disturbance, low mood and anxiety, all can have a negative impact on higher brain function.”

Professor Sue Davis from Monash University chatted to me over the phone, and said,

“You can’t dissect out hot flashes and sweats from sleep disturbance. We know sleep is really important for consolidation of memory.

But is brain fog due to disturbed sleep, anxiety, or hormones? We just don’t know.”

And Jen Gunter writes in The Menopause Manifesto,

“Women who are under more stress, have depression or anxiety, have other health concerns, or who aren’t sleeping well and/or who have more vasomotor symptoms are more likely to judge their cognitive performance more harshly.

Vasomotor symptoms can even prime the brain to be more receptive to negative experiences. This is the mind-body connection in action.”

What about the relationship between ovarian hormones and cognition?

As discussed in the blog post ‘Are your menopause symptoms all in your head? Or brain?’, oestrogen enables sharp thinking by promoting neuron and synapse growth and survival.

We know exactly what happens in rats and mice — when oestrogen surges during the oestrous cycles of rodents, dendritic spines from the hippocampus and prefrontal cortex flourish. The spines are later pruned away as oestrogen levels wane.

Dramatic pruning of spines is seen in menopausal monkeys and rats who’ve had their ovaries removed. And in both monkeys and rats spine pruning is correlated with worse memory. We have no idea if this is the case in women going through menopause, but is certainly plausible.

We also understand that oestrogen supports the biochemical pathways that use insulin and generate energy from glucose. Changes in oestrogen may change how efficiently neurons use glucose and in turn memory and attention.

Mosconi’s 2021 research provides strong support for this notion. Glucose metabolism slowed in the brains of post-menopausal women. However, the brain compensated for this slowing by increasing blood flow and increasing ATP metabolism.

Mosconi suggests instead the brain cleverly compensates for changing hormone levels, and finds a ‘new normal’ after menopause.

“…human menopause is a dynamic neurological transition that reshapes the neural landscape of the female brain during midlife endocrine aging, and provide preliminary evidence for an adaptive process serving the transition into late life.”

Sadly, the evidence is mixed and leans towards menopausal hormone therapy (MHT) not clearing brain fog.

In women who start taking MHT to successfully treat symptoms such as hot flashes or low mood, have found no benefit (and no risk) to cognition.

You can read more from two different trials here and here.

Speaking to Scientific American, Victor Henderson, a neurologist at Stanford University who worked on one of the trails,

“Our results suggest that there’s no reason for healthy women to consider taking hormone therapy to improve memory, regardless of their age.

On the other hand, if women are considering taking hormone therapy for approved indications such as treatment of moderate-to-severe hot flashes and night sweats or for osteoporosis prevention, then they don’t need to be overly concerned about negative effects of estrogen on memory.”

For younger women who experience surgical menopause to remove their ovaries (as part of cancer treatment or other health issues), surgery results in a sudden and dramatic reduction of levels of ovarian hormones including oestrogen. These women experience various health consequences including declines in learning and remembering words.

Again, clinical trials have failed to show any benefit of hormone therapy on cognition. But work is continuing on the importance of timing of hormone therapy especially in women who have their ovaries removed in their 20s, 30s and 40s.

“MHT may correct the memory deficit directly, but the improved cognition may be due to improvement in other symptoms that are synergistic in exacerbating the memory loss such as sleep deprivation and hot flushes.”

If hormone therapy doesn’t help with brain fog. What can you do?

Jen Gunter offers the following suggestions in The Menopause Manifesto:

If you’re a in the midst of midlife, think about what you have going on. Are you raising teenagers? Home schooling younger children? Worrying about ageing parents overseas? Juggling work? Keeping your marriage on track? Having an existential about the pandemic and/or climate change? All of these factors undoubtedly increase stress and exacerbate the cognitive blips you’re experiencing.

How do I know if I have brain fog or dementia?

When I posed this question to Professor John Eden at WHRIA, he answered that it can be difficult, and often the simplest way to find out is to give women two months of hormone therapy and see if their symptoms improve (presumably as a consequence of improved sleep).

The symptoms of dementia and brain fog may be similar, but remember that dementia is a disease of unhealthy ageing.

Jen Gunter reminds us that dementia is uncommon in women in their 40s and 50s, and men of the same age rarely worry about memory lapses, she notes,

“The way we think about menopause feels like an exercise in confirmation bias about the supposed ineptitude of older women.”

Dementia often begins with lapses in memory and difficulty in finding the right words for everyday objects, and according to Alzheimer’s Australia, other symptoms may include:

It is important to realise a certain degree of forgetfulness is normal at any stage of life. We all have ‘tip-of-the-tongue’ moments, call our children by the wrong name, or can’t remember why we walked into a room. We just tend to become more conscious of them and fret over moments of memory loss the older we get.

As a rule, normal memory loss involves forgetting to add the eggs when you’re baking a cake. Dementia involves opening a box of eggs and not knowing what to do with them.

Similarly, normal memory loss involves forgetting where you put your car keys. Dementia involves not know what your keys are for when you eventually find them.

As always, call your doctor if memory changes come on suddenly, or are accompanied by hallucinations, paranoia, or delusions, affecting your ability to drive or cook safely.

The final big question: does menopause hormone therapy cause or prevent dementia?

So far the focus of this article is on MHT and brain fog. Remembering that brain fog is not the same as cognitive decline or dementia.

Overall, hormone therapy’s efficacy is thought to depend on the timing of when you start taking it with respect to age at menopause – the so-called critical window theory whereby the earlier you start treatment the safer. This is especially the case for younger women who have surgical menopause.

For older women who start taking hormone therapy after the age of 65 (and outside the ‘critical window’ when it is deemed safe), they experience accelerated cognitive decline (decline in thinking, language, memory, understanding, and judgment) and dementia.

And I’ll leave the last word to the heroic Jen Gunter,

“…many harmful cultural narratives tie a woman’s competence to her hormones. We’re accused of being too hormonal before each period, during our period, during pregnancy, and after having a baby.

And what happens when we finally rid ourselves of these supposedly toxic hormones? Our brains are now supposedly unable to function.

Girls have amazing, capable brains before they enter puberty and many women who never take estrogen continue to achieve great things after their final menstrual period.”

YOUR BRAIN ON MENOPAUSE: In this seven-part series, I explore menopause from a brain health perspective with a particular focus on the neurobiology of hot flashes, sleep, mood and memory, the role of hormone therapies and their long-term effects on the brain. This is Part 5.