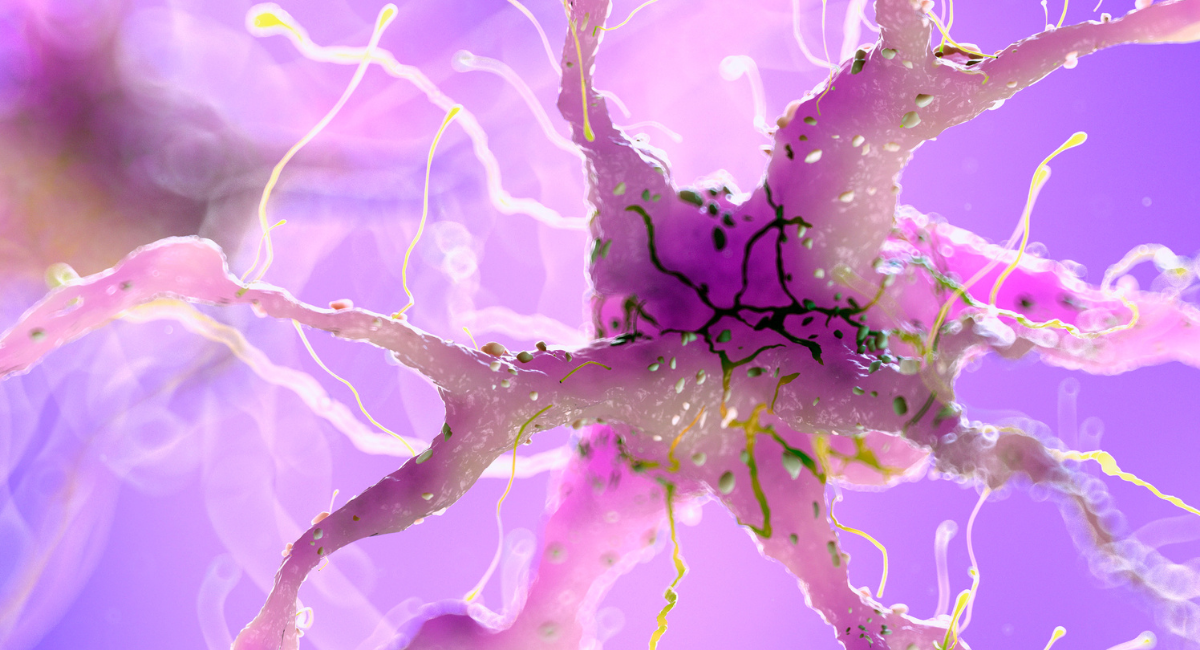 Traumatic brain injuries (TBI) are the leading cause of death and disability worldwide.

Each year about 69 million people globally experience a TBI.

The neuroscience of a traumatic brain injury

Traumatic injuries and accidents have devastating effects on the brain. Scientists and clinicians are just beginning to realise how a brain injury can affect neurons and brain function.

Traumatic brain injury (TBI) contributes to more worldwide death and disability than any other physical trauma, however, it’s a largely unrecognised as a public health problem.

Young people are the greatest age group at risk, with the highest rate of brain injuries occurring between the ages of 15-24 years. Elderly people are also at high risk, with TBIs sustained from trips and falls.

A TBI results from a bump, blow or jolt to the head, or a penetrating injury like a gunshot wound. Falls are the leading cause of TBI, other causes are motor vehicle accidents, sports injuries or assaults. Damage can be focal, where the injury is localised, or diffuse, where multiple brain areas are affected. The severity of a brain injury ranges from a mild concussion to a severe injury resulting in coma or death.

“An earthquake in a city, changing, damaging, or destroying the roads and bridges in the city of the brain”.

I like this analogy – multiple brain regions interlink to orchestrate function. Just one break in the system can have catastrophic effects.

What are the symptoms of a brain injury?

Brain functions can be changed transiently or endure permanently after a TBI. A spectrum of brain functions are affected – impaired concentration, problem-solving, memory, movement, sensation, sleep, mood, personality, and social skills. Seizures can occur after a TBI, and post-traumatic epilepsy can also develop years after the initial trauma.

The deficits in attention, memory and concentration caused by a TBI in childhood can set kids behind in the classroom and lower academic performance. Poor communication skills, reasoning and organisation problems after a TBI can impact employment prospects and ability to work.

What happens in the injured brain?

Trauma to the brain can cause bruising (a ‘contusion’) by mechanisms called coup and contrecoup. A coup injury is located under the site of impact and a contrecoup injury occurs opposite the impact, caused by the brain ricocheting against the skull.

A traumatic injury extends to neurons, the axons that make up white matter and blood vessels. The frontal and temporal lobes are most susceptible to trauma because they are close to the skull surface.

Traumatic shearing forces stretch the brain causing diffuse axonal injury. The delicate connective axons that make up the white matter are torn and damaged, disrupting long-distance brain networks. Broken axons do not re-wire back together, instead, the end part withers and dies and the cell body may also deteriorate.

How does trauma damage neurons?

Brain injuries cause a cascade of damage to neurons. Immediately following trauma, the mitochondria inside neurons start to malfunction. Mitochondria are cellular organelles that generate energy, scientists call them the “powerhouses of the cell”.

Under the microscope, the regions of the brain affected by a traumatic injury may have similarities to neurological conditions like Alzheimer’s disease. Amyloid plaques can form around neurons, and tangled deposits of the protein tau collect inside neurons.

It is difficult to visualise how much damage a TBI has caused. The microscopic TBI damage can be invisible in computed tomography (CT scan) or magnetic resonance imaging (MRI) scans.

The complex interconnections between neurons mean that even subtle brain damage has catastrophic effects on global brain function. So neurological tests are key for diagnosing problems with brain function in conjunction with functional MRI scans (fMRI), electroencephalogram (EEG) or magnetoencephalogram (MEG) to show altered neural activity after brain injury.

Understanding the brain mechanisms affected by a TBI is vital for developing therapies. In the next blog, we talk about the neurological effects of repeated concussive events often experienced by athletes and how the brain can recover from traumatic injury.

Sports concussions and harnessing plasticity to rewire the broken brain

You don’t have to get knocked out or lose consciousness to have a traumatic brain injury (TBI). The majority of TBIs are classified as mild, commonly called concussions.

An accident that results in a concussion can happen at any time. Typical symptoms include confusion, headaches, fatigue, nausea, and dizziness, usually lasting minutes to hours.

Physical and mental rest is vital for recovery from a concussion, and people tend to improve within two weeks. Although concussions are described as “mild” TBIs, some people are at risk of sustaining a repeated injury and the damaging effects can be cumulative.

Blows to the head during boxing can cause concussions. Photo by Nicolas Celaya on Flickr and used here with Creative Commons license.

A concussion is a common sporting injury. Risks are high in physical contact sports such as football, rugby, wrestling, hockey, and boxing. The rapid rotation, acceleration and deceleration of the brain during a tackle stretches nervous tissue impairing the ability of neurons to fire properly. Sporting activities where falls are common, such as horse riding, cycling, skateboarding and skiing all carry risks of brain injury.

Chronic Traumatic Encephalopathy (CTE) is a progressive neurological disease that impacts emotions, thinking ability and movement. This condition was first described in boxers in the 1920s, where it was called dementia pugilistica or “punch drunk syndrome”.

The symptoms of CTE often do not become apparent for many years or decades after experiencing concussions. A recent theory is that repeated sub-concussive hits can also contribute to CTE. Because CTE has a delayed onset it can go undiagnosed, often mistaken for Alzheimer’s disease or dementia.

The brains of CTE patients have widespread damage. Degeneration is seen in the frontal lobes, basal ganglia and mammillary bodies – critical regions for controlling behaviour, movements, and forming memories. Viewed under a microscope, the post-mortem brain tissue of CTE patients has a build-up of tangled tau protein remnants inside neurons.

What a CTE patients brain looks like under the microscope. Images show the build-up of tau protein, shown here as brown spots in sections of the frontal lobe. From left to right: A normal brain of a 65-year-old. The brain of former NFL player, John Grimsley, who suffered 8 concussions and died at age 45. The brain of a 73-year-old boxer who suffered from dementia pugilistica.

Double-tap – the danger of Second-Impact Syndrome

Hurrying back into playing sports and other physical activities before recovering from a concussion puts an individual at risk for second-impact syndrome. A subsequent brain injury – even a mild head trauma – can cause sudden loss of cerebral spinal fluid pressure regulation. The brain rapidly swells, and the effects are catastrophic. Second-impact syndrome is often lethal, so it is vital to allow the brain to recover fully before getting back into physical activities and sports.

Rewiring the brain for recovery

The road to recovery from a brain injury is unpredictable. Every brain injury and the rate of recovery is unique. Some people easily resume their lives while others struggle. Over half of the people who experience a TBI experience a depressive episode.

Recovery depends on multiple factors including the severity of the damage, the overall health of the patient, and the support, treatment, and rehabilitation they receive.

Once neurons are damaged, they do not regenerate, and while the brain produces new neurons in the hippocampus, as we get older this process slows. Finding ways to reactivate neuron regeneration could lead to new treatments for brain injury.

A brain-wide process that is critical for recovery of disrupted brain functions after an injury. By forming new white matter connections or strengthening old pathways the brain can compensate for damage. Harnessing neuroplasticity is an exciting approach to restore brain function.

Brain stimulation techniques can boost neuroplasticity, enhancing recovery after a TBI.  Repetitive transcranial magnetic stimulation (rTMS) – which stimulates neuron function – is a promising therapy for TBI. Clinical studies that use rTMS as a therapy for TBI show improvements in persistent headaches, low mood, attention and sleep in some patients.

Accidents happen, but the chance of sustaining a TBI can be reduced by taking precautions during risky activities. The National Football League has banned helmet-to-helmet hits, but players can just as easily get a concussion from hitting their heads on the ground or against another player’s body.

While football dominates the discussion of sports-related head injuries, bike accidents account for the most activity-based brain injuries. Wearing a helmet when cycling can prevent or lessen the severity of a TBI if a crash or fall happens. Also, make sure to buckle up when you get in the car – vehicle collisions are another major cause of concussions.

After a TBI, it can be a long road to recovery. Emerging therapies to boost neuroplasticity and research to understand the neural mechanisms of TBI mean that the prospects for recovery are improving.

Dr Reichelt is an independent research leader at the intersection of neuroscience and nutrition, who is passionate about uncovering the neural mechanisms that underpin how diet impacts brain health and mental wellbeing across the lifespan, with a particular focus on the adolescent brain. Dr Reichelt is a Senior Lecturer and Research Group Leader within Adelaide Medical School, with funding from an NHMRC Investigator Grant and the Neurosurgical Research Foundation.

Dr Reichelt has previously written articles on the gut-brain connection, the microbiome and how chocolate helps brain health! You can also view Amy’s TEDx talk ‘This is your brain on sugar’.