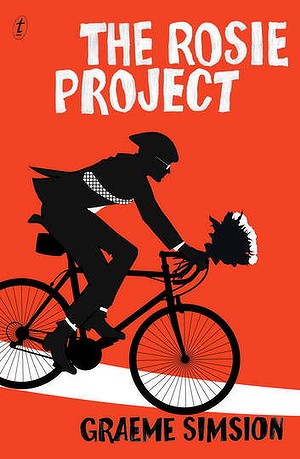 The Rosie Project by Graeme Simsion is a comedy about brain wiring, evidence-based investigation, and finding love. And it is funny. One of the most entertaining books I’ve read all year. That it combines humour with a touch of neuroscience makes it the perfect book for The Walking Book Club.

The Rosie Project is described as a …

hilarious, feel-good novel narrated by an oddly charming and socially challenged genetics professor on an unusual quest: to find out if he is capable of true love.

Don Tillman, professor of genetics, has never been on a second date. He is a man who can count all his friends on the fingers of one hand and whose lifelong difficulty with social rituals has convinced him that he is simply not wired for romance. So when an acquaintance informs him that he would make a “wonderful” husband, his first reaction is shock. Yet he must concede to the statistical probability that there is someone for everyone, and so he embarks upon ‘The Wife Project’.

In the orderly, evidence-based manner with which he approaches all things, Don sets out to find the perfect partner.  His 16-page questionnaire to find the perfect woman systematically eliminates non-suitable partners. “The vegans, the sports watchers, the creationists, the smokers, the scientifically illiterate, the homeopaths …”  If you are a fan of Sheldon from The Big Bang Theory, Don Tillman will rapidly find a place in your heart.

Granted, there is plenty of debate about the portrayal of the autism spectrum in the book – but that just makes it all the more interesting for those of us interested in neuroscience!

The Rosie Project won the 2012 Victorian Premier’s Literary Award for an unpublished manuscript, and was published in January 2013. Fingers crossed you can get hold of a copy of this very popular new novel!

a writer of screenplays, short stories, novels and a couple of short plays. An occasional producer of films. Formerly an IT specialist (data modeling) and founder of a business and IT consultancy. Husband of Anne Buist and father of two. And resident in Fitzroy (Melbourne) Australia.  And I once gave a conference presentation dressed as a duck. And for good reason, really (I wanted to attract people to a dry topic). But it was a long time ago.

You can find about more about Graeme Simsion on his website.

One of the main criticisms of The Rosie Project is that it trivialises mental health issues.  Stigma and misunderstanding surrounding mental health stops people asking for help and getting the treatment and support they need.

For something a little different, before you hit the road with your Walking Book Club, watch this video:   http://www.sane.org/projects/say-no-to-stigma