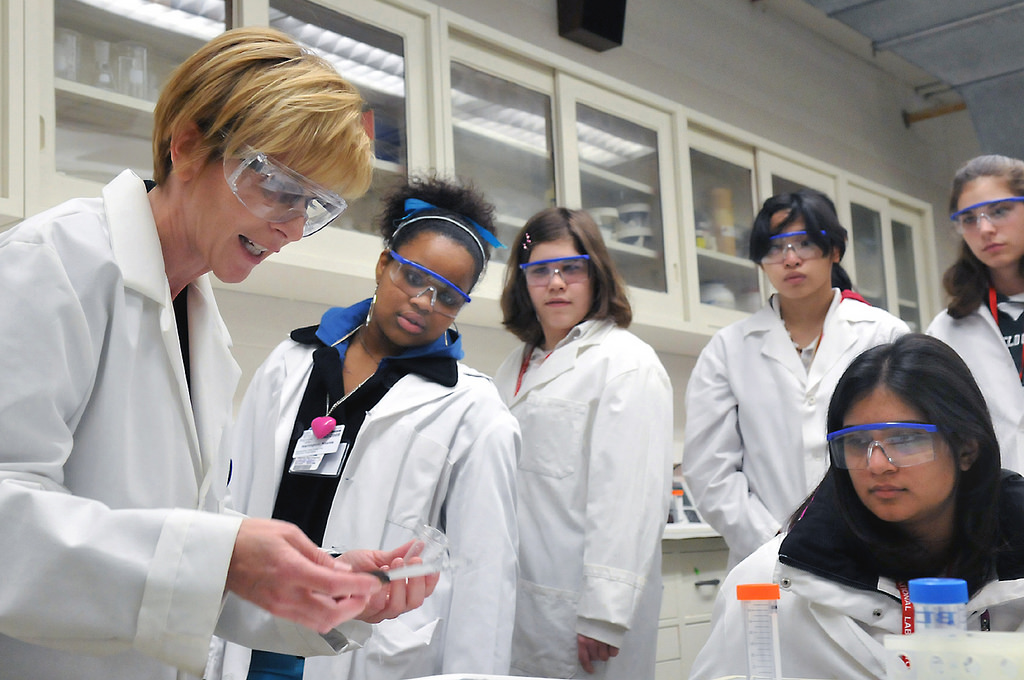 Over the last decade writing about brain science, I’ve developed a tried and tested method for researching an unfamiliar topic.

First, I’ll read the appropriate chapter in Principles of Neural Science, the neuro-bible beloved by brain geeks the world over.

Then I’ll run a quick search on PubMed, an online search engine of biomedical literature, to find a recent review of the topic, typically written by a top scientist in the particular field, which will give me a feel for the topic’s controversies and consensus.

Finally, I’ll seek out the experts themselves – the scientists, doctors and specialists, who, despite their busy schedules, usually give generously of their time to answer my questions and fill in the gaps of my knowledge.

However, describing the neurobiology of women’s everyday lives hasn’t always been as straightforward as I expected when I began writing my book.

My meander through the world of women’s health often left me bewildered. Time and time again I’d open the textbooks or scan the literature to find scant research on some of the questions I’d been most curious about.

For example, I assumed the literature would be replete with information on how the oral contraceptive pill affects women’s brains. A 2014 review summed up the current state of affairs with the title 50 Years of Hormonal Contraception. Time to Find Out What It Does to the Brain. Quite.

I proudly announced to Facebook the day I finally dived into the neurobiology of multiple orgasms. But it was not a deep dive. PubMed spat out only five literature reviews, three of which were devoted to the possibility of multiple orgasms in men. One was amusingly titled Multiple Orgasms in Men. What We Know So Far. (FYI: Orgasms don’t rate a mention in neuroscience textbooks and we don’t know much so far about women’s orgasm either).

Despite my best efforts, I was unable to pin down the statistics for how many women suffer emotional turmoil in the days leading up to their period, aka premenstrual syndrome (PMS). I eventually narrowed the range down to somewhere between twelve per cent and ninety per cent.

I was positive I’d be able to tell my mid-life readers whether or HRT would help protect against dementia or clear away their brain fog. Oestrogen protects the ageing brain, but we simply don’t have enough information about the benefits for brain health for any recommendations to be made.

Why is the literature so sparse when it comes to neurobiology and women’s health?

There are a number of reasons.

Historically, preclinical research (research conducted on lab animals such as rats, mice or monkeys) has mostly been conducted on male animals. A 2009 survey of over 2000 animal studies found a significant male bias in eight out of ten biological disciplines. The bias was most pronounced in the field of neuroscience where five and a half males were studied for every one female. Worryingly, pharmacology (the study of drugs) shares similar statistics, with five males studied to every one female.

Clinical research (investigations conducted on humans) hasn’t fared much better. There are a few large, all-female projects such as the Women’s Health Study which I’ll discuss in later chapters, but for many years women were excluded from clinical studies and drug trials altogether. As one critic notes,

Many medical professionals can attest to the fact that for decades, the default human model subject was a 70-kg male.

This is alarming because diagnoses for anxiety and depression are more than twice as common in women than in men, women have more strokes than men, twice as many women suffer from multiple sclerosis, and women have a higher susceptibility to adverse drug reactions compared with men. Indeed, between 1997 and 2000, eight out of ten drugs withdrawn from the USA market were, in part, due to more severe adverse effects in women.

The cumulative effect of excluding women from research studies, or assuming that biologically women are ‘little men’, is destructive. As has been pointed out in the journal Nature, medical care as it is currently applied to women is less evidence-based or ‘robust’ than that being applied to men.

You’d be tempted to believe the straightforward sexism permeates the hallowed halls and ivory towers as readily as other global institutions. It does, but sexism isn’t the only reason for lack of gender equality. There are some legitimate reasons to skew the ratios.

One reason is safety because if women fall pregnant during a drug trial there is the potential for harming the unborn baby.

Another reason is that females – both animals and humans – complicate data gathering. Our cyclical reproductive hormones, especially during the fertile years between puberty and menopause, make our biology intrinsically more fickle than males.

The menstrual cycle was once likened to “a pesky sort of feature essentially of the female, an unnecessary source of additional variability and one wisest to avoid.”

To further complicate matters, in humans, biological sex (anatomy and physiology) and gender (characteristics that a society or culture defines as masculine or feminine) are tightly entwined and hard to tease apart. It’s extraordinarily difficult to make statements such as, ‘It’s due to her hormones’, or ‘It’s all to do with cultural expectations’. Rather than tackle the intricacies of female sex and gender, female hormones and culture, researchers often choose the easier route of focussing on males.

Finally, research on sex and gender has been for a long time been almost taboo. This is especially so in the neurosciences where many researchers were deeply concerned that their findings could be hijacked to support outdated and inaccurate stereotypes and discrimination.

The fears are not unfounded. Women’s brains have historically been found wanting or biologically inferior compared to males, and such research has been co-opted to “keep women in their place”.

One neuroscientist pointed out that

…exploring sex differences was once “a terrific way for a brain scientist not studying reproductive functions to lose credibility at best and, at worst, become a pariah in the eyes of the neuroscience mainstream.”

I spoke to another who said she once believed including sex as a biological variable was ‘lazy’. This was before she came to the conclusion that studying the impact of a woman’s menstrual cycle on the brain might add a valuable dimension to her research.

Fortunately, the research community is taking steps to address the dearth of neurobiological research in women, and in The Women’s Brain Book you’ll meet some of the researchers at the forefront of the movement.

Institutions such as the National Institutes of Health (NIH) in the United States and academic publications such as the Journal of Neuroscience Research now mandate the inclusion of sex as a biological variable in all research.

The World Health Organization (WHO) clearly states the research into the health of women and girls is a particular priority. Here in Australia, we have the Australian Longitudinal Study on Women’s Health, a survey of the physical, mental and psychosocial health of over 58,000 women across their lifespan. Finally, there are some fabulous research initiatives such as Stanford University’s Gendered Innovations project that exist to ‘harness the creative power of sex and gender analysis for innovation and discovery’.

This is an excerpt from the Introduction to The Women’s Brain Book. The neuroscience of health, hormones and happiness.

Find out how to get your copy here.