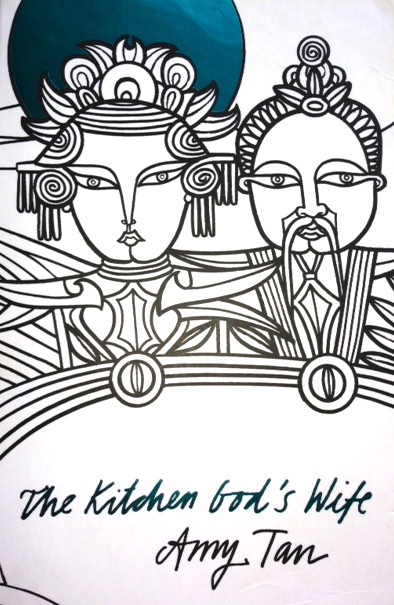 In November, of my favourite authors Amy Tan, released a new novel — The Valley of Amazement. It’s been seven years since her last full-length novel … so I’ve been waiting in anticipation for a while!

In honour of the new release, I’ve chosen an oldie-but-goodie Tan novel for the October Walking Book Club – The Kitchen God’s Wife.

About The Kitchen God’s Wife…

In the tradition of all Walking Book Club choices, The Kitchen God’s Wife touches on neuroscience.

Tan writes about speech therapist Pearl who hides her seven-year struggle with multiple sclerosis from her mother, Winnie, who is in turn hiding news of her own benign brain tumour. Interestingly, both Tan’s father and brother died of brain tumours when she was a teenager.

Pearl is the American-born daughter of a Chinese mother, Winnie and a Chinese-American father, Jimmie. As a result she is raised in a kind of limbo between two worlds, and, by the time we meet her when she is in her 40s, she is more American than Chinese, is married to an American man, has two American girls, and has a sad distance between herself and her mother.

As with all of Tan’s books, The Kitchen God’s Wife looks at the difficulties of bicultural life, the female struggle in a patriarchal society, and the tension between fate and self-determination.

The novel alternates between the 1990s and 1920s and various cities, country towns, and islands in and off the coast of China as well as California.

As a reviewer noted on Good Reads, Amy Tan writes about women (complex women!) and I think that’s one of the things I love about her books too!

Amy Tan grew up in Northern California, but when her father and older brother both died she moved with her mother and younger brother to Europe, where she attended high school in Switzerland. She returned to the US for college, and then worked as a language development consultant and freelance writer.

In 1989  she published best-selling The Joy Luck Club, which explored the relationship between Chinese women and their Chinese-American daughters, The Kitchen God’s Wife followed in 1991, The Hundred Secret Senses in 1995, The Bonesetter’s Daughter in 2000, and her last novel Saving Fish from Drowning was published in 2005. And I’ve been waiting for another ever since!

What happens after I read The Kitchen God’s Wife?

In about two weeks time I’ll send out my newsletter with questions for you and your friends to discuss while you walk. and I’ll also put the questions here on the blog.  If you haven’t already signed up for the Your Brain Health newsletter you can sign up here.