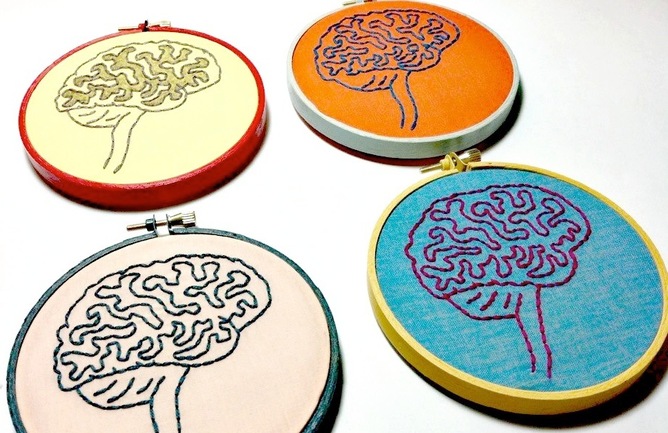 The following piece was written for The Conversation by Tony Hannan, one of the neuroscientists I’ve profiled in Meet the Neuroscientists.

In this article you’ll learn more about:

The human brain is the most complex and extraordinary structure in the known universe. And while there are many awe-inspiring facets of the brain, I will focus here on “neuroplasticity”, a term that has been bandied about a lot in the last couple of years.

Neuroplasticity refers to the way in which the cells in the brain (and other parts of the nervous system), change in response to experience. This is not simply a curious by-product of complex evolution but serves important functions such as learning, memory and response to brain damage.

Neuroplasticity is constantly occurring in both the developing and adult brain, but this article will focus on the adult brain and how some of the types of neuroplasticity affect the healthy and diseased brains.

The human brain is thought to contain over 100 billion neurons interconnected by over a trillion synapses (the points of contact between neurons which transfer and store information). Over recent decades, it’s been shown that a key mechanism whereby we lay down new memories is via “synaptic plasticity”.

Changes occur in brain wiring, modifying the strength of connections between neurons. This form of neuroplasticity can involve adding or removing new synapses. If you remember anything you’ve read in this article, then you may have stored that new information in your brain via the formation of new connections between specific subsets of neurons.

Another form of neuroplasticity now known to occur in the brains of humans, and other mammals, is known as “adult neurogenesis”. It was thought for most of the 20th century that new neurons could not be born in the adult brain of mammals, such as humans. But part of the scientific revolution of brain research in recent decades has been the realisation that there are specific regions within the brain where neurons can be born throughout life.

This neuroplasticity gives the brain another of its many unique features, the fact that it never really ceases to develop. Indeed, the formation of new neurons and synapses in the adult brain constitutes a process of “microdevelopment”, which forms a continuum with the “macrodevelopment” of the embryonic and postnatal periods.

All of this neuroplasticity occurs in the healthy brain, so why can’t the brain repair itself following the onslaught of devastating brain diseases such as Alzheimer’s, Huntington’s, Parkinson’s and dementia? The implication is that the toxicity of these disease processes, due to both genetic and environmental factors, may overcome the brain’s capacity for self-repair and functional compensation.

But other brain disorders, such as stroke and traumatic brain injury, have revealed that neuroplasticity can occur in response to brain insults. Researchers have shown that substantial remodelling occurs to allow some recovery of function following a stroke, and can happen within hours of the event if the patient is encouraged to begin rehabilitation as soon as possible.

Research I’m involved in has shown that environmental enrichment, with increased levels of cognitive stimulation and physical activity, can delay disease onset and slow progression in a genetic model of the fatal inherited disorder, Huntington’s disease.

Prior to this work, Huntington’s had been considered the “epitome of genetic determinism”. But this discovery suggests there’s no such thing as a purely genetic brain disorder and that “exercising the brain” can influence or even delay the progress of a disease.

Our recent work is influencing the design of new clinical trials, with the demonstration that dementia and depression in Huntington’s can also be delayed by increased cognitive activity and physical exercise. Environmental enrichment has been found to be beneficial in models of schizophrenia and autism spectrum disorders, which involve abnormalities of brain development.

The findings show that neuroplasticity may be harnessed to delay onset, slow progression and possibly even reverse symptoms of various brain disorders.

One idea which has emerged from these experimental findings is that of “enviromimetics”. We are exploring the possibility of enviromimetics as a class of new drugs that mimic or enhance the beneficial effects of enhanced cognitive stimulation and physical exercise. No, not a drug that means you don’t have to exercise!

The idea is that these putative drugs would complement the beneficial effects of exercise and environmental stimulation. Enviromimetics could possibly achieve therapeutic effects via enhancement of neuroplasticity, thus providing a “brain boost” to help this extraordinary organ protect and repair itself.

These new discoveries in the field of neuroplasticity have implications for how each of us may protect our brain from the relentless weathering of ageing and disease. It’s known that lifestyle factors that are good for the body, such as regular physical exercise and a healthy diet, are also beneficial for the brain. And those who keep their brains stimulated with regular complex mental activities (such as reading The Conversation and conversing) may also help delay onset of common brain diseases, such as Alzheimer’s and dementia.

The harsh reality of life is that we are each dealt a genetic deck of cards at conception, which we can do nothing about. However, our growing knowledge of neuroplasticity demonstrates that we can all engage in healthy lifestyles to help protect our brains. Neuroscientists are now attempting to develop new therapies to enhance neuroplasticity, to combat the enormous and expanding burden of brain and mind disorders.

This article was originally published at The Conversation.
Read the original article.