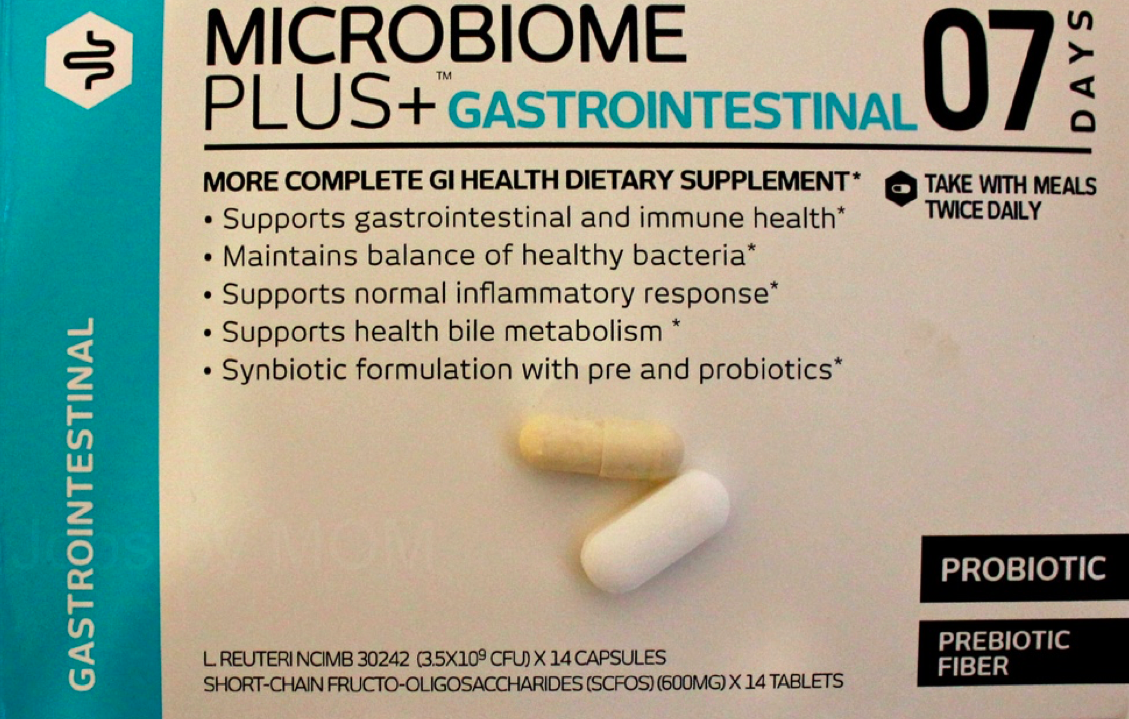 Today in Part 3 of our series on the gut-brain axis, Drs Amy Reichelt and Sarah McKay discuss mind-altering microbes and the emerging field of psychobiotics.

The gut microbiome is a key node in the gut-brain axis. Scientists are only just uncovering how microbes in the gut influence physical, brain and even mental health.

In 2004, a pivotal study found “germ-free” mice that lacked a gut microbiome had exaggerated emotional responses to stressful events compared to normal mice. Intriguingly, more pronounced emotional reactions were reversed when the gut microbiome was restored using probiotics. Findings such as this have lead to an explosion of interest in the use of probiotics for treating myriad illnesses including depression and anxiety in humans.

What is the difference between probiotics and psychobiotics?

Probiotics are living microrganisms such as bacteria or yeast, which when taken in large enough quantities, help improve and maintain the health of your gastrointestinal tract. The most frequently used probiotic bacteria are from Bifidobacterium and Lactobacillus families. Also included in the class of probiotics are prebiotics, which ‘feed’ or ‘fertilise’ resident beneficial gut bacteria.

Psychobiotics are a class of probiotics, which, when ingested, confer brain or mental health benefits through interactions with gut bacteria and the gut-brain axis.

Animal studies have paved the way for studies testing the ability of probiotics versus placebo controls to improve mood in people.

In a double-blind randomised controlled trial published in the European Journal of Clinical Nutrition in 2007, 132 people consumed either a milk drink containing Lactobacillus casei Shirota or a milk-based placebo for three weeks. All volunteers completed mood and cognitive tests at baseline and every 10 days during the trial. When the baseline measures of those consumed the two types of drink were compared, no significant differences were found with any measure of mood or cognition. However, for a subset of volunteers who reported low moods beginning the trial, the probiotic drink improved their mood.

Other studies have reported supplements containing a variety of probiotic strains, including Lactobacillus helveticus and Bifidobacterium longum reduce self-reported negative moods and emotional reactions to sad experiences. Probiotic treatments also lower the body’s response to stressful situations which can be measured through cortisol levels.

These studies suggest that probiotics have the potential to improve mood and help control responses to stress.

Can probiotics make you smarter?

Because of their potential to alter brain function, research has examined whether psychobiotics improve memory.

Probiotic supplements enhance the ability of mice to solve memory tasks. This improvement was linked to increased neuroplasticity-boosting brain chemicals such as brain-derived neurotrophic factor (BDNF) in the hippocampus – a key brain area for forming memories.

Stress can increase forgetfulness, and stressed-out rats treated with probiotics were better at remembering objects than stressed rats that received placebos.

We also know that junk food diets can be detrimental to brain function and impair memory. A recent study showed that a probiotic cocktail restored memory in rats that typically ate junk foods. Oddly, the probiotic treatment decreased memory performance in rats that usually ate a healthy diet. Such unexpected results show that manipulating the microbiome may not always be beneficial in a healthy population and have the potential to disrupt healthy brain function.

While the advocates (and advertisements) tout probiotics as the silver bullet for almost every illness you can think of, rightly so, there is plenty of scepticism in the neuroscientific and medical communities surrounding the use of psychobiotics as therapy for mood disorders. There is some concern that psychobiotics may be used a replacement for evidence-based treatments (including talking therapies), or as a reason to postpone seeking help from a mental health professional.

“While some studies have suggested mechanistic insights into how probiotic bacteria may mediate beneficial effects, these were mostly done in cell culture and animal models. As such, insufficient evidence supports the efficacy of the current probiotics approach (one bacterial mix is beneficial to all conditions) in most indications, while their human health benefits remain controversial.”

Suez and Elinav acknowledge out the huge potential for gut microbiome interventions as shown by faecal microbiome transplantation (FMT) for infections such as Clostridium difficile, but caution against the “one strain fits all” therapeutic approach.

The US NIH National Centre for Complementary and Integrative Health state

“…preliminary evidence that some probiotics are helpful in preventing diarrhoeaa caused by infections and antibiotics and in improving symptoms of irritable bowel syndrome, but more needs to be learned.”

For example, we still don’t know which probiotics are helpful and which are not. We also don’t know how much of the probiotic people would have to take, or who would most likely benefit from taking probiotics.

A 2016 Trends in Neuroscience review of psychobiotics concludes with the following rather long list of outstanding questions.