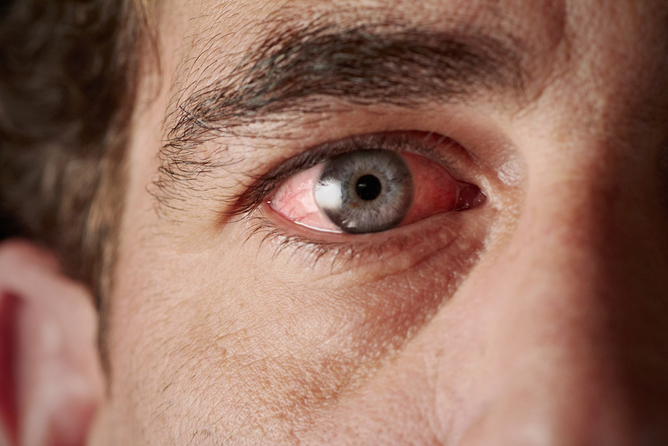 Dr Mark  Hutchinson is an Associate Professor and Senior Australian Research Council Research Fellow in the School of Medical Sciences at the University of Adelaide.

He’s the head of the Neuroimmunopharmacology Lab. Here he works with his team of collaborators and students on projects ranging from chronic pain to addiction to spinal cord injury. Always focusing on the impact that central immune signalling has on altering brain and drug responses.

Here he talks about the interaction between the brain and immune system and what happens in the brains of addicts. And keep an eye out, in a few weeks he’ll be starring in my ‘Meet the Neuroscientists’ interview series.

How do you know you are sick?

No, really… Think about it.

If you have suffered through another winter of coughs and sniffles, and you are about to be hit by the spring allergies, you will know the feeling of being tired and grumpy, where everything seems to hurt that little bit more and you wish everyone would just leave you alone.

What’s even worse is that your favourite foods and music don’t seem to cheer you up when you are that sick with the latest bug.

But how can being sick change how you act and feel? Your immune system is working overtime dealing with the bug. It must just be draining your batteries and that is making you feel so rubbish, right? Well, maybe a little, but actually not enough to make you feel the way you are. So how?

Everything you feel and think happens in your brain, so there must be a connection between the bug or the immune system and our brains… Bingo, that’s it!

Our immune system is constantly talking to our brain, keeping it updated on any changes to our health. So if we do get an infection our brains can change our behaviour to deal with the illness in the old tried and true way, with rest and recuperation (with a little grumpiness thrown in for good measure).

But the brain “talks” a neurotransmitter chemical language. Can the immune system “talk“ this same way to our brains?

So here is the curve ball: did you know your brains are actually more “immune” than “brain”?

Hang on, what about all the cool videos flying through the brain with all the wiring sparking and sending messages everywhere? There weren’t any immune cells there.

Well, despite the common perception, no one has that much air in their heads! That space is filled with immune cells, called glia. They actually outnumber the neuronal wiring ten to one. These immune cells are critical to the health and well-being of our brains. They also help translate the immune messages for our brain to tell us that we are sick.

How sick is the addicted brain?

This realisation that the immunology of our brains contributes to so many aspects of behaviour and cognition has led to paradigm shifts in the fields of psychiatry and mental health. A recent exciting development has been the discovery that changes in brain immunology contribute to drug addiction.

Now, of course dopamine is still the key reward neurotransmitter of the brain. But the immune system that surrounds the dopamine systems of the brain also seem to be very sensitive to drugs of abuse. So much so, that in preclinical studies it is possible to make rats like alcohol, opioids and methamphetamine a lot more, just by turning on the immune cells in specific brain regions.

This has significant drug addiction treatment implications. It means that treating drug addicts from a “brain” perspective might only solve part of the problem. The “other brain”, the brain immune cells, might need a little love and attention as well.

In fact, studies being conducted with the support of the National Institute on Drug Addiction (NIDA) in the United States have shown significant promise in treating opioid and methamphetamine addiction with brain immune-targeted treatments.

What does it mean for addicts?

Current drug substitution programs such as methadone maintenance programs provided in Australia are cutting edge, innovative and provide a world class health service to our drug addicted brothers and sisters.

But surprisingly, such programs are not widely available in many developed countries owing to negative political pressure that “you are just giving the junkies what they want for free” and “if they just tried harder they could just stop”.

But think about it; if your brain immunology is telling your brain you need your next fix, you have an uphill battle on your hands: ten immune cells to every neuron. That just isn’t a fair fight. This means that immune targeted therapies might be a much more politically palatable option in the future to compliment existing substitution therapy programs.

So where to now? When will we see an end to drug addiction with this new understanding of brain immunology?

Bottom line is, we don’t know. But at least now we can start to integrate the exciting developments in brain immunology with the many decades of neuroscience drug addiction research to provide hope to the hundreds of thousands of drug addicts worldwide that a cure could be in sight.

Mark Hutchinson receives funding from NHMRC, ARC, NIH & National Cancer Foundation. He is affiliated with the University of Adelaide, Science Technology Australia and is on the editorial board of Brain, Behavior and Immunity.

This article was originally published on The Conversation.  Read the original article.