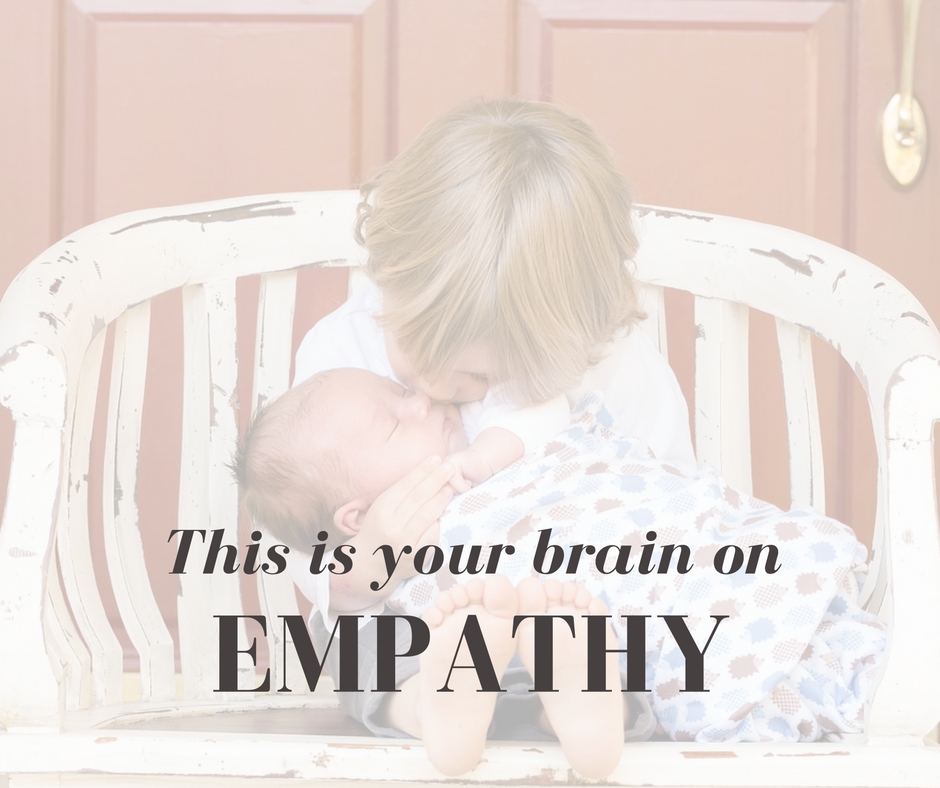 Creating a meaningful life is an essential ingredient of wellbeing.

But how do you discover who you are and why you’re here?

Pick up any self-help book written in the last few decades and you’ll be told that the best way to learn about yourself is to spend time on introspection or in quiet contemplation. By examining your innermost desires, hopes and aspirations, you’ll, apparently, discover meaning and direction in life.

Have we taken the quest for self-improvement too far?

Roman Krznaric, Australian-born philosopher and author of the book Empathy: Why It Matters, and How to Get It, thinks so. He believes the introspection of our era of self-help and navel-gazing has made us less empathic.

“The 20th century I see as the age of introspection.That was the era in which the self-help industry and therapy culture told us that the best way to discover who we are and what to do with our lives is to look inside ourselves; to gaze at our own navels. This has not delivered the ‘good-life’.”

Krznic believes that we need to challenge our highly introspective self-obsessed cultures. Most of us have become far too absorbed in our own lives to give much thought to anyone else.

“We need to shift to the age of outrospection. Discovering who you are and what to do with your life by stepping outside of yourself, discovering the lives of other people and civilisations.”

The key to ‘outrospection’ is empathy.

How you interact with others is greatly influenced by your ability to understand other people’s mental lives — their feelings, desires, thoughts and intentions. Cultivating your ability to empathise with others has the power to transform your own life.

“The art of stepping imaginatively into the shoes of another person, understanding their feelings and perspectives, and using that understanding to guide your actions.”

The neural basis of empathy.

When we’re young, we gradually become more aware that other people have a mental state different from ours. Various cues teach us to guess at other people’s mental and emotional states. For example, facial expressions, body language and learning about other people’s perspectives and beliefs. This ability is often called ‘theory of mind’ or mentalising.

Mentalising and empathy are similar. Both require an understanding of someone else’s mental or emotional state. But empathy also requires sharing the emotional experience of the other person.

Neuroscientists and psychologists who study the neural basis of human empathy say that when we empathise, we generate an internal emotional map of the other person’s feelings. The stronger or more clearly drawn the map, the more likely we are to experience empathy.

Researchers are busy using fMRI and other technologies to visualise the complex neural networks involved in mentalising and empathy. But like many studies of complex emotional or mental states, numerous brain structures appear to be involved, including networks responsible for:

Can empathy be learned? Or is it hard-wired from birth?

The development of the theory of mind follows a reasonably predictable development trajectory in infants and children. Different children show differences in the degree of empathy they might show another child — some kids are naturally drawn to share or comfort a crying friend. Other kids are slower to warm up to others or more egocentric.

One twin study showed that mentalising is more heavily influenced by genetics, but experiences are more influential for empathy.

The simple fact is:

Empathy is a skill that can be learned and cultivated over time.

There is a strong focus and rich literature on how to teach empathy to doctors. In part because of the rather unfortunate and well-documented finding of a decline in empathy in medical students as they progress through their clinical training.

In one randomised controlled trial, 99 doctors were assigned to receive standard post-grad medical education or three 60-minute empathy training modules. The modules were designed to improve listening skills, the ability to decode facial expressions and body language, and the importance of understanding patients’ life stories. The doctors were then assessed by multiple patients who had no idea which doctors had received the empathy training or not.

Training improved empathy in the doctors as measured by patients, tests of understanding the neurobiology of empathy, and doctors’ ability to decode subtle facial expressions of emotion.

“…we found an improvement in physician empathy in the training group and a decline in the control group during the 4 month period between initial and final data collection. Thus, the training may have reversed the well-documented decline in empathy during residency.”

If skilled medical professionals can be taught empathy, can children?

The Roots of Empathy program is an international, evidence-based classroom program designed to teach empathy, and it has had great success.

During the program, a primary school class ‘adopt’ a baby for a year. Every three weeks the baby and parent visit the classroom, and the students are encouraged to observe the baby’s development and to label the baby’s feelings. For example, the baby may start crying, and the facilitator will ask the children, “Why do you think the baby is crying?”

How to train your brain for empathy

Because empathy is a skill we can cultivate no matter our age, here are six actions Krznic suggests for cultivating empathy.

Take off your own emotional mask, and risk showing your vulnerability. Ultimately, most of us just want to be listened to and understood. Krznaric.