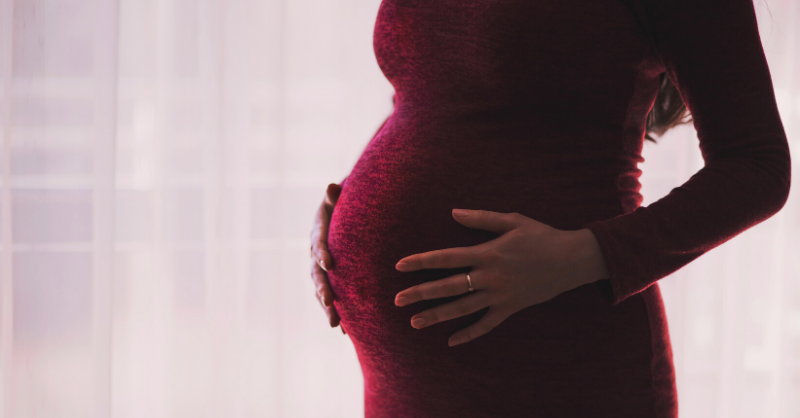 This is a long read, download a PDF version of the article here.

Little did I know before I had my boys how completely and utterly being their mother would change EVERYTHING.

Having children threw the pieces of my life up in the air. The pieces settled again, but my body, outlook on life, sense of self and emotions have never been quite the same. Not only did I birth two beautiful boys into the world, I birthed a new identity.

Yes, I realise it is the ultimate cliché, but motherhood changes everything. It recalibrates our life course and realigns our lives.

My experience is not unique.

Motherhood is one of the most fundamental transformations we go through as women. And for many of us, parenthood brings with it powerful identity changes and conflicting emotions: love, protectiveness, joy, nurturing, exhaustion, confusion, anger and apathy.

A cocktail of pregnancy hormones sculpts your body and brain

During pregnancy, a cocktail of hormones prepares your body for birth and breastfeeding.

You grow an entirely new organ, the placenta, to ensure your baby receives nutrients and to buffer her against stress. Your metabolism resets to store energy for foetal development and lactation. Your breasts grow so you can nurse.

Once your baby arrives, she’s often so irresistible you become consumed by her and spend much of your time caressing, holding, feeding, gazing at her and breathing in her scent. These maternal behaviours, as they’re called, are essential for the survival of your newborn.

The same hormonal cocktail of pregnancy profoundly alters the architecture of your expectant brain, in particular, the brain structures underlying social cognition and emotion.

These brain changes last, and in both humans and non-human mammals, the differences in the brains and behaviours of mothers and non-mothers are evident throughout the lifespan.

A paper published in December 2016 in the prestigious journal Nature Neuroscience gave us our first detailed insight into how pregnancy changes the structure of women’s brains.

Using MRI, a team of Dutch and Spanish researchers lead by Elseline Hoekzema scanned the brains of twenty-five first-time mothers before and after pregnancy, and compared their brains to twenty women who’d never been pregnant.

Pregnancy was associated with pronounced and long-lasting changes in the structure of women’s brains.

In particular, grey matter volume was lost. The loss wasn’t random, but was from the same cortical regions in every woman: regions of the cortex related to social cognition, empathy and theory of mind, which is the ability to read the desires and intentions of others from their faces and actions.

The brain changes were long-lasting. Two years after the initial scan, eleven of women who hadn’t fallen pregnant for the second time were invited back and their brains scanned again. In all women, the grey matter shrinkage had endured.

Is grey matter shrinkage a good thing for a new mother?

In some ways, the plastic changes are not dissimilar to those seen in adolescence when pubertal hormones trigger thinning of the grey matter in teenager’s brains.

“Synaptic pruning in adolescence is generally regarded as an essential process of fine-tuning connections into functional networks and is thought to represent a refinement and specialization of brain circuitry, which is critical for healthy cognitive, emotional and social development,” says Hoekzema.

It’s likely a similar process of maturation and specialisation of the social brain is taking place during pregnancy. Loss of grey matter volume sounds unhealthy, but as is often the case with the brain, less is more, and reflects ‘functional streamlining’, not degeneration.

Brain changes are related to empathy and theory of mind.

Because the grey matter changes occurred in regions associated with the theory of mind and empathy, Hoekzema and her team ran a series of additional tests, to see if changes were related to real-life skills.

Usually, MRI and fMRI research examining brain structure shows changes to be very subtle and many thousands of people must be scanned to detect small differences. In this case, the grey matter changes induced by pregnancy were anything but subtle. Notably, a computer program was able to automatically determine whether or not a woman had undergone pregnancy based only on her brain scans!

So, what is it about pregnancy that sculpts women’s brains?

Hoekzema and colleagues propose it is

“The unequaled surges of sex steroid hormones that a woman is exposed to during her pregnancy”.

The endocrine climate of pregnancy may drive grey matter refinement via changes in the number of synapses, glia, dendritic structures, blood vessels or myelination.

The process of becoming a parent for the first time is an intense, all-encompassing experience, so the obvious question to ask is, whether it is pregnancy, the act of caring for a child, or another factor such as sleep deprivation that tinkers with brain structure?

The team tested for the effects of parenting versus pregnancy in a rather ingenious way — they scanned the brains of first-time fathers before and after their wife’s pregnancies. They found no changes in the structure of the men’s brains after they took on dad-duties, which strongly suggested any changes in the women were related to the biological changes of pregnancy rather than the process of parenting.

Female rodents don’t read books to find out what to expect when they’re expecting.

Therefore, changes in how new rodent mothers think, feel and behave must be driven entirely by biology.

Behavioural neuroscientists who study the neurobiology of parenting, say,

“The maternal brain is both the goal of the endocrine tsunami that accompanies pregnancy, and the culmination of millennia of natural selective processes.”

The emergence of maternal behaviours and superior cognitive abilities has been neatly mapped on to the ‘maternal circuitry’ in the female rodent brain.

Like human mothers, rat mother’s brains are structurally different thanks to the hormones of pregnancy and the enriching experience of caring for their young.

From pregnancy to baby brain

While as many as three out of every four women state they’re more forgetful, ‘foggy’, or lack concentration during pregnancy or in the early years of motherhood, the bulk of research does not support their experience.

Most research finds pregnancy and motherhood has no effect on memory, and in plenty of studies find pregnancy improves cognition.

“… baby brain is one of the great myths in the field of maternal neuroscience. All of the evidence suggests the contrary. Pregnant people and animals perform better than non-mothers in all aspects of learning and memory both during pregnancy and postpartum.”

Pregnant brains are flooded with the feel-good chemicals oxytocin and prolactin, and with 1000-fold higher than usual levels of the cognitive enhancer oestrogen. As Grattan points out,

“…all the chemical indicators of pregnancy are all geared towards mental sharpness and good mood.”

Why do so many pregnant women say they suffer from ‘baby brain’ when objective testing concludes the opposite?

Katherine Ellison is a journalist who has written an entire book on the phenomenon of ‘baby brain’. In The Mommy Brain: How Motherhood Makes Us Smarter, Ellison explains the notion arose in the 1960s when women entered the workplace in droves. “This change brought new scrutiny from others — and a new self-consciousness for mothers,” she writes.

Ellison suggests blaming ‘baby brain’ is our current cop-out for when we inevitably find our attention divided or we relax our guard, even for a moment.

Baby brain is ‘our frequent alibi when we say something dumb’, and we’re supported in this pessimistic belief by three out of four of our friends.

The myth persists because of confirmation bias whereby we selectively look for evidence that supports the cultural expectation. We’re trained to expect to forget, so when we do, we’ve got a ready-made reason why.

Is pregnancy a prerequisite for parenthood?

It’s important to note this study does not imply fathers nor non-birth mothers lack the ‘parenting brain circuitry’ or a ‘theory of mind’, and it certainly does not let them off the hook from parenting! We don’t need neuroscience to support or deny that fact, anyway. Babies need warm, secure attachment with at least one loving caregiver to organise and regulate healthy brain development.

Pregnancy is one very influential biological factor in sculpting the female brain, and the changes to grey matter represent the refinement of social brain structures that benefit the transition into motherhood.

A birth mother is not the only adult capable of being such a caregiver. This data simply shows pregnancy is a very influential bottom-up biological factor in sculpting the female brain, and the changes to grey matter represent the refinement of social brain structures that may benefit the transition into motherhood.

So, here’s a new way to think about pregnancy:

Pregnancy changes your brain ensure you’re prepared for the social and emotional challenges of motherhood.

If you’d like to learn more about girls’ and women’s brain health across the lifespan, you can pick up a copy of my book! This blog is an excerpt from The Women’s Brain Book. The Neuroscience of Health, Hormones and Happiness.