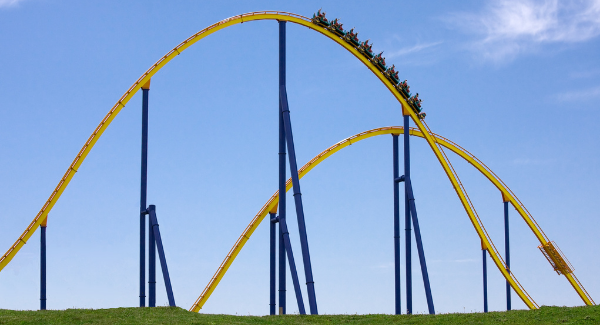 YOUR BRAIN ON MENOPAUSE: In this seven-part series I explore menopause from a brain health perspective with a particular focus on the neurobiology of hot flashes, sleep, mood and memory, the role of hormone therapies and their long-term effects on the brain. This is Part 1.

Because this article is a long read, readers can download and keep a PDF copy of the article by clicking here.

From fecundity to the free-fall of fertility.

As I write this, I find myself rather reluctantly in the early stages of ‘midlife’. A phase I’ve come to think of as the old age of youth, or perhaps the youth of old age.

Sometimes I feel like conversations when out walking with my Gen-X-shaped friends have skipped from motherhood to menopause; from fecundity to the free-fall of fertility, without a break in which to enjoy this midlife.

Although my oldest son has been earth-side for long enough to become a teenager, menopause (!?) seems like something my mother once did with her friends. Certainly not something that will become a reality for me within the next few years.

Is menopause just another period drama?

Older friends have told me menopause is the last taboo, and while the stigma when talking about the ‘climacteric’ (as it’s sometimes called) is fading, rather like ‘period dramas’ most of the menopausal stories I’ve heard are extraordinarily negative.

One friend told me about the incredible panic attacks she’s started experiencing. British artist Tracey Emmin commented “It’s horrible… it is the beginning of dying,” and Oprah spoke of her life force “being slowly drained“.

Burying my head in the science literature (my coping mechanism for most things), I’ve found, rather like puberty, periods and labour pain, when it comes to menopause, we’re all quite different.

In my research, I’ve learned the following stats:

And those symptoms? They include:

Will you ‘suffer’ or ‘sail’ through menopause?

What determines if you’ll suffer or sail, power-surge or faff-about?

Like most things to do with our health and wellbeing it’s a combination. A mix of genes, biological resilience, previous experience of mood problems, cultural expectations, exposure to stressful life events, social support, and whether your menopause is natural, surgical or chemotherapy-induced all impact the experience.

The women’s health organisation Jean Hailes for Women’s Health notes how you react to menopause will depend on the following factors:

The good news is once you move from peri-menopause (the years leading up to your last period) into post-menopause, hormones level out and symptoms typically settle.

I’m reassured to learn The Melbourne Women’s Midlife Health Project has found most women report a greater sense of wellbeing, better moods, less depression and even a better sex life in their 50s and 60s.

For many women, late midlife means children have left the nest and they discover a renewed lust for life and the confidence to be themselves regardless of the opinions or reactions of others. Hooray!

A quick guide to what happens, when & why

In short, menopause happens because you eventually run out of eggs. The wide age-range women reach menopause (anywhere between 40 to 58, 51 years is just the average) reflects variable numbers of eggs and the rate of egg loss — egg loss rates vary greatly between women.

In Australia, the average age for natural menopause is 51, but it can occur earlier or later.

If you have your last period before the age of 40 you’ve experienced premature menopause, although sometimes this is referred to as primary ovarian insufficiency.

++ Early menopause is when your last period happens before the age of 45.

++ Menopause is defined as 12 consecutive months without a menstrual period. Every day that follows is post-menopause, a phase that can make up a third of your life or more.

++ Perimenopause (‘around menopause’) is defined as the years leading up to menopause, and it can start 5 to 10 before your last period.

Menopause may also happen as a result of chemotherapy or radiotherapy treatment for cancer, or when ovaries are removed surgically (oophorectomy). In the case of surgical menopause, hormone levels drop rapidly, and severe menopause symptoms may be triggered within days. Here’s a useful resource for women who find themselves in this situation from the Australian Menopause Society.

Perimenopause and the erratic ovarian-brain conversation

Perimenopause is physiologically different from post-menopause.

During perimenopause, the hypothalamic-pituitary-ovarian axis that has been running smoothly since puberty starts to sputter and, as such, the phase of life is characterised by erratic and unpredictable ovarian hormone production.

Gynaecologist Tara Allmen says in her excellent book Menopause Confidential, during perimenopause our ovaries can still make oestrogen, but just not reliably and in the right quantity.

‘Sometimes [ovaries] make too much estrogen. Sometimes they make too little. And other times they get it just right.’

There is simply no month to month predictability how oestrogen production will perform.

It turns out it’s the hormonal rollercoaster of perimenopause versus the smooth tramline of post-menopause that causes most of the ‘menopausal’ symptoms.

Can we build menopausal resilience?

Elsewhere on this blog, I’ve introduced you to people who appear to be ‘immune’ or resilient to whatever troubles life throws their way.

For example, people who display exceptional resilience have been likened to dandelions who grow and thrive in a crack in the concrete. In contrast the more delicate but ultimately utterly gorgeous orchids need careful attention and just the right environment to ensure they thrive.

In Lifelong Mental Health: Few Reach Midlife Untouched By Mental Illness we met the Dunedin Longitudinal Study ‘17%’ who remain mentally well into midlife. And in my Your Brain at 100 series you met an exceptional group of individuals (three out of every four of whom are women) who reach the age of 100 and beyond.

While many women ‘suffer’ through menopause, I was curious about the 20% of women who sail through the change without encountering stormy waters.

Sadly, I was unable to find any literature focusing on what I’d like to call ‘menopausal dandelions’. Instead most evidence identifies risk factors for developing various menopausal symptoms (with the best characterised being insomnia and depression).

Risk factors for developing insomnia or depression (two of the more troubling symptoms) during menopause include:

Other mammals die, so why do we experience life after menopause?

Menopause has been likened to puberty in reverse. Unlike puberty, the brain is not the conductor of the menopausal orchestra. Instead, dwindling egg supplies direct the final performance. In time, the brain like the body learns to function without oestrogen. Women living well decades past their menopause are testament to this fact.

However, most of the animal kingdom, including our rodent friends who do so much sacrificial work to inform us about our own brains, also undergo reproductive senescence.

As do almost all female mammals once they’re no longer fertile.

Healthy human women, however, can expect to live a good 30 to 40 years following reproductive senescence.

Besides humans, we know of only two other species of mammals that live well past their reproductive prime: orca whales (also known as killer whales) and short-finned pilot whales.

Why do women (and some whales) go through menopause but not die?

The most popular idea is the ‘grandmother theory’, which proposes that grandma contributes to her ‘genetic legacy’ by living on to help her grandchildren survive and thrive by sharing wisdom. Grandmothers babysit and remember tribal lore about how to live through floods, famines and other hardships. If grandmothers remained fertile, they’d be busy selfishly raising infants of their own and would be less likely to devote time to the tribe.

However, others argue, that menopause in humans is simply an artefact of our modern lifestyles — we live longer thanks to modern medicine.

But a famous 2015 study published in Current Biology and follow-up research supported the ‘grandmother as wise matriarch’ notion finding that menopause evolved to create wise matriarchs that, in turn, help pods thrive.

Researchers have reported on a nine-year study of orcas (also known as killer whales) that spend their summers wallowing in the waters off the southern tip of Vancouver Island in Canada.

Like humans, orcas breed between the ages of 12 and 40, go through menopause, then survive well into their 90s. Using the knowledge and experience built up over many summers, the menopausal females take on important leadership roles in their pod. They’re the ones in charge of leading the pod to find salmon, particularly when the fish are scarce.

Menopause as a neurological transition

Whether you experience a gentle goddess path or horrible hormonal hell, menopause signifies the end of fertility. As your ovaries wind down their duties and head toward retirement, the ovarian-brain conversation falters, then disconnects altogether.

We tend to think of menopause as the final reproductive life transition, but the symptoms of hot flashes, changes in sleep, mood and memory are largely due to changes in the brain.

Menopause opens a window of neural vulnerability for the development of mood disorders, insomnia and cognitive change. It’s when bottom-up biology (running out of eggs) paves the way for outside-in and top-down risk factors to wield a little more power than normal.

Because this article is a long read, readers can download and keep a PDF copy of the article by clicking here.

YOUR BRAIN ON MENOPAUSE: In this seven-part series I explore menopause from a brain health perspective with a particular focus on the neurobiology of hot flashes, sleep, mood and memory, the role of hormone therapies and their long-term effects on the brain. This is Part 1 and is based on excepts from The Women’s Brain Book. The Neuroscience of Health, Hormones and Happiness.