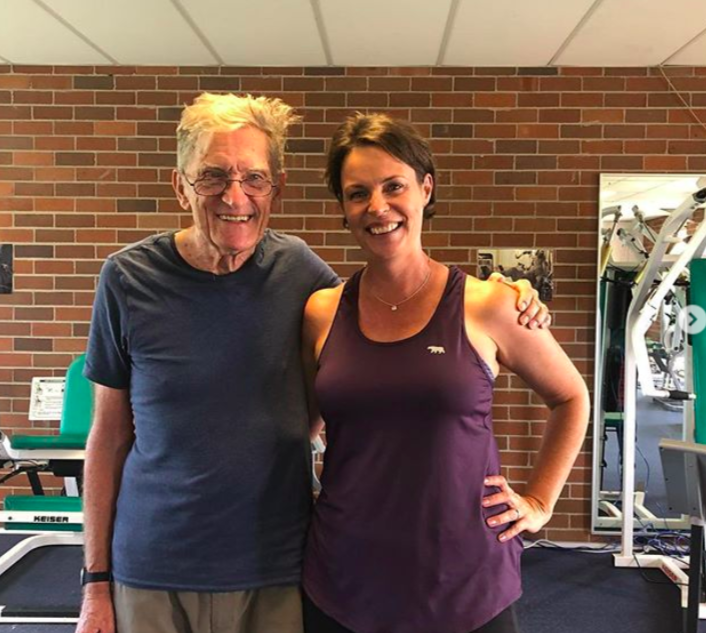 Thanks to Blake Alec Miranda from the Yassa Translational Neurobiology Laboratory at the University of California, Irvine for this article on resistance training and brain health.

I (Blake) live in Los Angeles where it seems like everyone and their grandmother is obsessed with fighting fat and building muscle. It’s a stereotype that we SoCal lifers embrace, but don’t take too seriously.

Yet, I didn’t realize how ubiquitous exercising had become until my actual grandmother messaged me over Instagram a few months ago asking about a brand of running shoes. Rather than question how my 75-year-old grandma made an Instagram (and why she still hasn’t followed me back, for that matter), it got me thinking about the effect exercise can have on the lives of our oldest adults.

Speaking with Dr Sarah McKay, it was almost serendipitous that we got to talking about the Study of Mental and Resistance Training (SMART) study that examined resistance training and its relationship to cognitive decline.

The Study of Mental and Resistance Training (SMART) is a clinical trial conducted by Maria Fiatarone Singh and collaborators at the University of New South Wales and the University of Adelaide. Singh recruited 100 adults aged 55-86 from the surrounding community diagnosed with mild cognitive impairment (MCI)

People with MCI suffer from significant memory impairment but they’re still able to live independently. It is often considered a precursor to dementia as neurodegeneration progresses with advanced age, and many clinical trials are interested in slowing this decline at the MCI stage.

Singh and her team assigned their recruits to one of four training groups:

For six months the over-55s come into the lab-gym for closely supervised weight training two or three days a week.

The over-55s cognitive outcomes were tracked using the Alzheimer’s Disease Assessment Scale – Cognitive scale (ADAS-Cog) and multiple measures of working memory. A follow up at 18 months was conducted after study completion.

After six months, those who lifted weights with sham cognitive training (group 3) showed improvement in their ADAS-Cog.

Dr Yorgi Mavros one of the researchers involved says,

What we found in this follow up study is that the improvement in cognition function was related to their muscle strength gains.

The stronger people became, the greater the benefit for their brain.

Singh suggests he combined intervention, which was both mentally and physically challenging, could have resulted in excessive stress, less engagement in-home or community-based activities, or other changes that inhibited rather than promoted neural plasticity and cognitive benefits.

Should everyone with mild cognitive decline lift weights?

So, should we all encourage our tech-savvy grandmothers to take up weight training?

SMART makes a strong case for resistance training, but it’s not the end of the story.

Cardiovascular exercise alone has also shown similar promise in protecting against cognitive decline, and the degree to which physical fitness interacts with genetics, sex, and other risk factors for dementia is still unclear.

The next step now is to determine if the increases in muscle strength are also related to increases in brain size that we saw.

However, the researchers make a compelling case for introducing resistance training into our lives, and we can all benefit from a healthy lifestyle that balances cardio, weights and diet.

The more we can get people doing resistance training like weight lifting, the more likely we are to have a healthier ageing population.

The key however is to make sure you are doing it frequently, at least twice a week, and at a high intensity so that you are maximising your strength gains. This will give you the maximum benefit for your brain.

As part of Sarah’s ABC Catalyst show on healthy brain ageing, she met Neils who took part in the SMART trial. Neils joined the trial a few years ago and reversed his mild cognitive decline by lifting weights!  He hasn’t looked back and still lifts weekly.