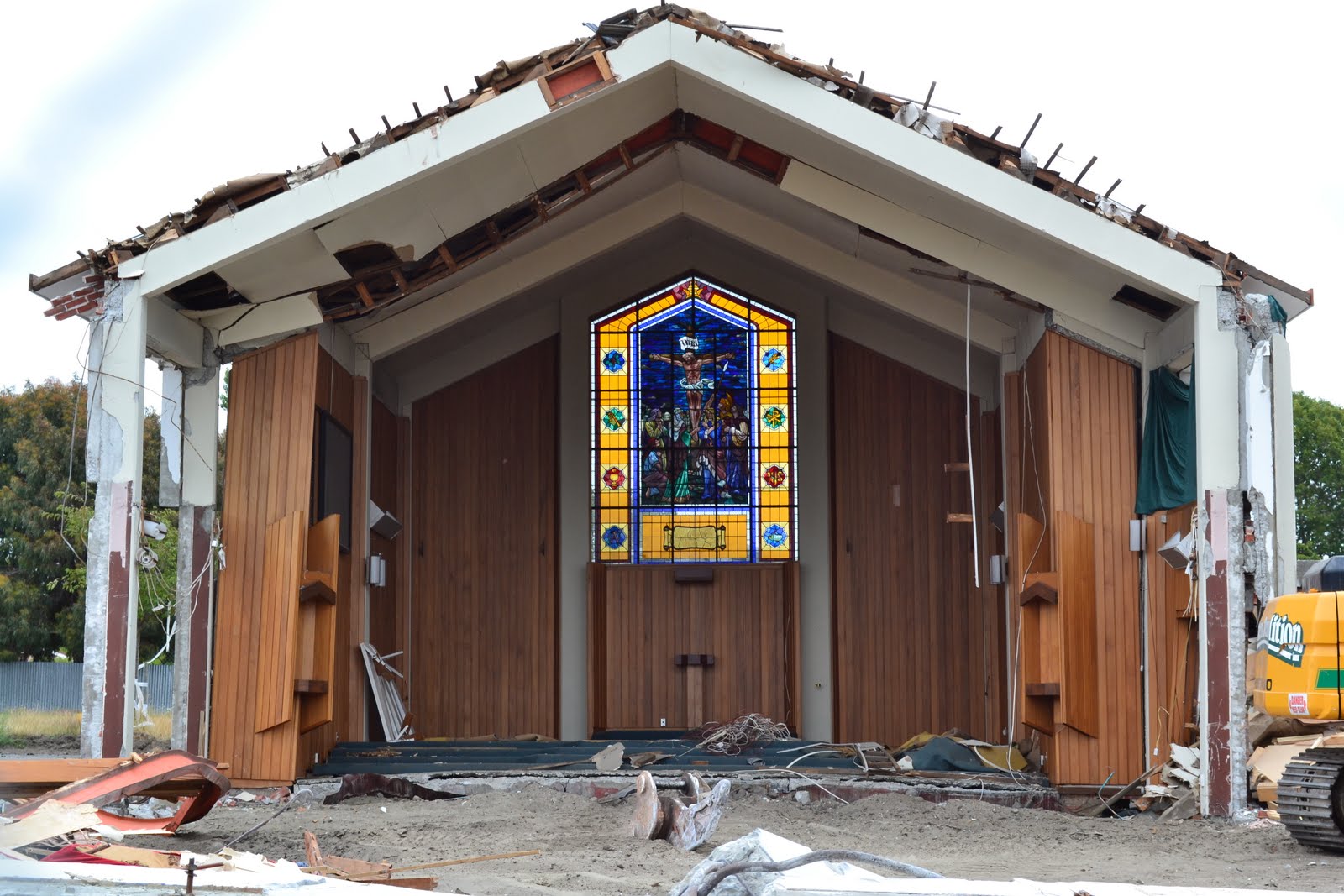 I’ve just returned to Sydney from a week visiting my Mum in my home town of Christchurch.  You may remember that it was devastated in a series of earthquakes in 2010 and 2011.  As the locals say, “It was only the first 10,000 quakes that were nerve-wracking.  We got used to them after that”.

Two and a half years on from the first big quake in September 2010, my family and friends are slowly getting used to the ‘new normal’.  Dallington, the suburb where I grew up, is now a half-deserted wasteland of boarded-up houses, broken roads, overgrown sections, rats and stray cats.

Ongoing stress has left some folk with deep psychological scars.  The continual shaking caused lack of sleep in the early days, and some people developed a deep-seated fear of the dark.  Mum sleeps with the light on even when she visits me in Australia.  As the months have passed, other stressors have emerged – barely passable roads, insurance company battles, school closures, living with portaloos instead of flushing toilets, and managing the emotional wellbeing of children.

Thankfully, over Christmas, my mum and sister both moved into newly-built houses in geologically stable suburbs.  But I still worry about the long-term effects of such crazy, unprecedented levels of chronic stress.

Not all stress is bad, but chronic stress and anxiety alter our biology and can change the wiring of our brains.

Cortisol – the hormone released into our bloodstream by stress – binds to receptors on neurons (brain cells) and influences the way they connect and communicate.  Continual cortisol release is very damaging to neurons, particularly those in the hippocampus — the region of the brain involved in learning and memory.  Too much cortisol prevents the birth of new neurons (neurogenesis) and causes the hippocampus to shrink, reducing the powers of learning and memory.

Healthy-aging neuroscientists have found that:

I know many Cantabrians will attest to ‘earthquake brain’.  My sister said she couldn’t concentrate long enough to read even a few pages of a book.  And many people talked about feeling scattered, unable to concentrate or focus on tasks.

This all sounds very doom and gloom (especially for my Cantabrian friends and family), but the good news is that we have control over our brain biology and wiring.  It is possible to manage chronic stress so it does not have long-term repercussions on your brain health.

Clinical psychologist Dr Fran Vertue from the Child and Family Psychology Centre in Christchurch offered her thoughts to Cantabrians on managing chronic stress after earthquakes – but these techniques are relevant to everyone no matter what the stressor.

The first thing you need to do is be a little kinder on yourself – there can be an ‘over-reaction’ to an earthquake!

Make sure that you’re a bit more relaxed all of the time so that you’re not quite so on-edge.  You can do this by working on your relaxation and breathing techniques.  Yoga and meditation are also good for people with sensitive brains.

Sleep is the first of the four cornerstones of mental health – it’s that important!

Also, avoid alcohol, eat regularly, and make sure you get a bit of exercise every day – even walking for 20 minutes is great.  All of this means that you’ll have more energy for coping with the fight-or-flight response your body goes into when it faces stress again.

Remind yourself that there are many things you’re good at – and go to them!

The most pleasure is to be found in doing something you’re reasonably good at and that also poses some degree of challenge.  When we’re anxious, we tend to only look at things that may be threatening or dangerous. I’m asking you to look a bit further afield and look for things that make you feel good and remind you that you’re alive.

Remember, your brain thrives on some of the things that give you the most pleasure and zest in life.  While we can’t control or prevent traumatic events, such as earthquakes, we can manage our responses to them using a range of techniques and activities.  The neuroscience is clear:

Reducing your stress levels reduces your risk for dementia.

What activity do you do regularly to reduce your stress levels?  Leave a comment below!