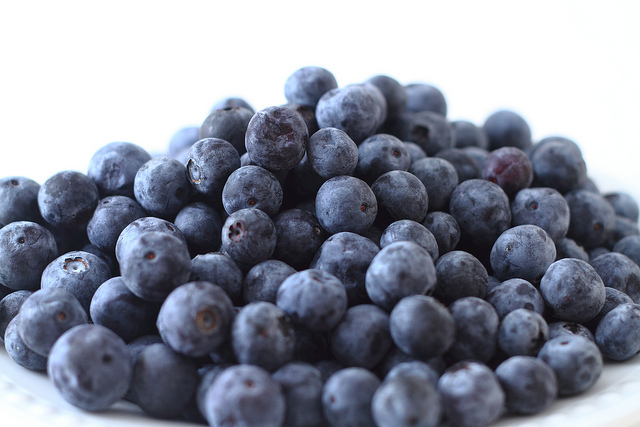 The foods we eat can have a huge impact on our brain’s function. Neuroscientists show that rats fed junk foods struggle with memory tasks. We also know that memory function is impaired in people who eat junk foods, regardless of whether they are overweight or not.

But aside from cutting out junk foods, is there neuroscience-based evidence that specific foods can help boost brain function?

In part Part 5 of our series on the gut-brain axis, diet and brain health, Dr Amy Reichelt dicusses five “famous superfoods” that science shows can benefit your brain.

Blueberries are often called a quintessential “superfood” because of their potent antioxidant properties. Berries, particularly blueberries, are rich in the compound anthocyanin, a flavonoid with potent antioxidant capacity. Anthocyanin is the chemical that gives many berries and fruits their bright purple or red colour.

Avocados are high in monosaturated fatty acids (MUFAs). Diets high in MUFAs are often called “Mediterranean diets” and have documented benefits for the brain and cardiovascular system.

MUFAs can increase the neurotransmitter acetylcholine in the brain. Acetylcholine is critical for learning, memory and concentration. Reduced brain acetylcholine contributes to the memory problems in Alzheimer’s disease.

Additionally, avocados are a rich source folate, which is vital for neuronal signalling, and vitamin E, an antioxidant, which can help protect neurons from damaging free radicals.

Omega-3 fatty acids are especially important in our brains as they are major building blocks of the cell membrane that surrounds neurons. Increasing intake of omega-3 fatty acids helps neurons to function properly. As a result, diets high in omega-3s may slow cognitive decline and could decrease the incidence of dementia.

Many people wake up in the morning and drink a cup of coffee or tea, which contains the cognitive stimulant caffeine. But green tea is also high in the amino acid L-theanine, which is important for producing the neurotransmitter GABA. Increasing GABA in the brain can promote mental clarity and relaxation.

Matcha green tea is rich in L-theanine. Although matcha tea is high in caffeine, the abundance of L-theanine interacts with caffeine to avoid the “jitters” associated with excessive coffee.

Green tea is also high in antioxidants that have been linked to a lower incidence of neurodegenerative diseases including Alzheimer’s disease.

Turmeric is the curry spice that gives Indian foods their bright yellow colour. Turmeric contains curcumin, an anti-inflammatory noted for treating arthritis.  Curcumin can also exert anti-inflammatory actions in the brain and may be protective against Alzheimer’s disease.

Laboratory mice that eat diets supplemented with curcumin have increased numbers of neurons (through a process called neurogenesis) in the hippocampus, the key area of the brain responsible for memory.

Neuroscience shows that regularly eating these foods could boost your brain power for a happier, healthier mind. I hope you might try mixing them into your regular meals. Or you can use these scientific findings as a great excuse for smoked salmon and avocado on toast for brunch!