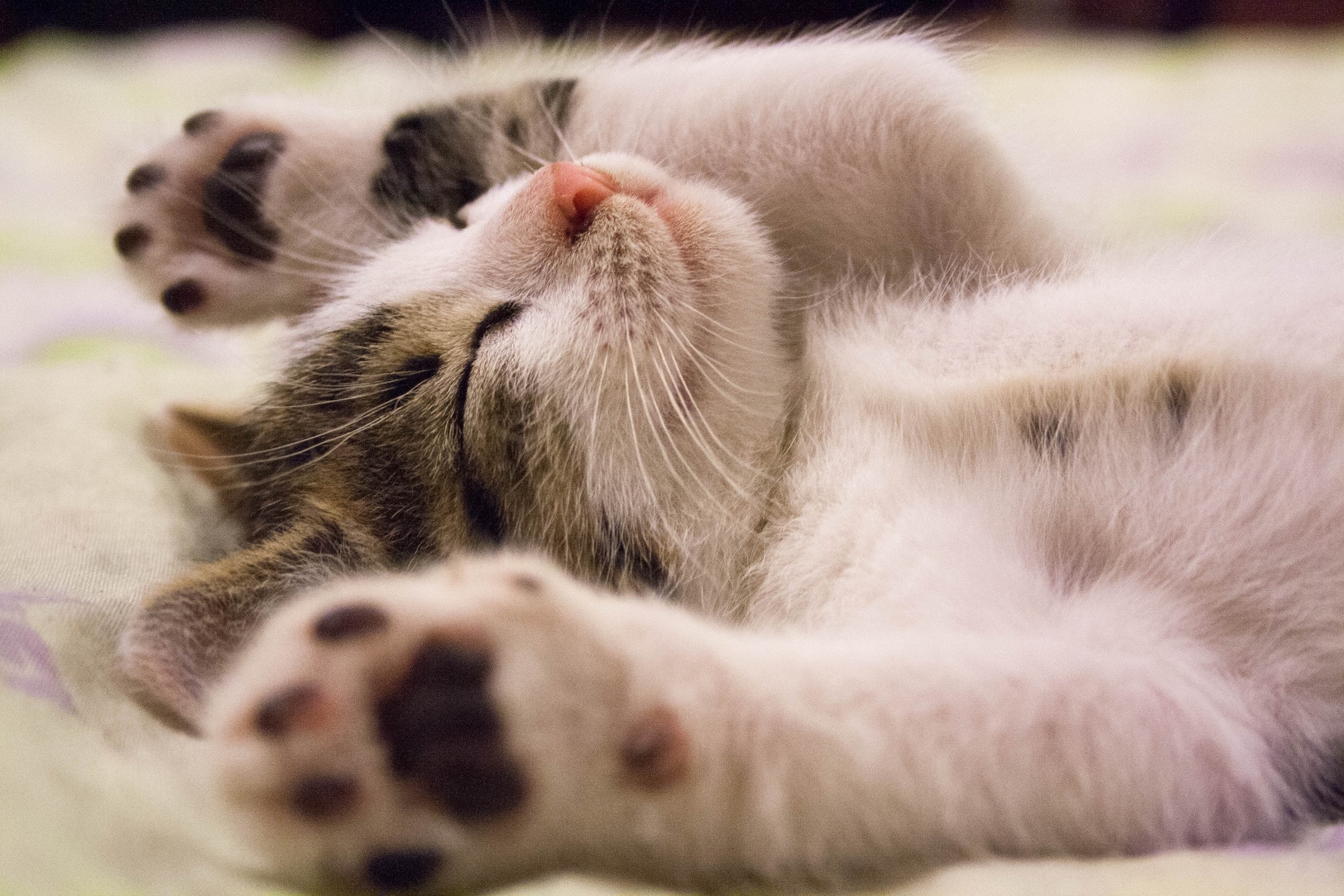 One Saturday afternoon in June 2013, I found myself lying flat on my back in the middle of a shop. A robotic bed hummed and gently jiggled underneath me while I watched a presentation on a strategically placed screen just to the left of where I lay.

After 3 or 4 minutes of humming and jiggling, the computer spat out a report listing a range of mattresses that suited my individual sleep needs — $5839 for the best match!

Marketing ploy? Absolutely! We haven’t handed over any money yet. But I was completely won over by the Sleep 101 presentation that was shown during my ‘mattress fitting’. They had the science of sleep pretty well spot on when they stated,

Sleep is essential to your body’s overall wellness, both physically and emotionally

But you know that, right? I’m not going to dwell on the benefits of a good night’s sleep in this blog post, because we’re all very well aware of how terrible we feel without adequate sleep.

Instead, I’m going to focus on my other favourite sleep issue, one that I’m a passionate devotee of — the afternoon nap!

A brief nap can not only reduce sleepiness but also improves cognitive functioning and psychomotor performance (the brain telling the body to move). A few minutes of shut-eye also considerably enhance short-term memory and mood.

A quick backgrounder in sleep

When you first fall asleep you experience NREM sleep, and then 60 to 90 minutes later, REM sleep kicks in. During the course of a normal night, a healthy adult will experience 4 to 6 consecutive sleep cycles of REM and NREM.

During NREM sleep, your body is able to move, but your eyes don’t; your breathing and heart rate slow and your blood pressure falls. Blood flow to the brain decreases, and electroencephalograms (EEGs – recordings of brain activity) show slowing of brain activity.

When you cycle into REM sleep, your body becomes immobile and your eyes move about rapidly. Your blood pressure, heart rate, and breathing rate increase, and blood flow to the brain increases (and my gentlemen readers can attest to blood flow into other areas of the anatomy too). EEG activity also increases and you begin to dream.

You also dream just as you enter NREM too.

NREM sleep is essential for learning and memory

Neuroscientists have been gathering evidence for some time that rats need NREM sleep to learn. Patterns of electrical activity recorded from brain cells in the hippocampus (the brain structure involved in learning and memory) when rats explored a maze for the first time were repeated again in the hippocampus during post-learning sleep.

Scientists think that maze memories become consolidated during NREM sleep. Rats that were deprived of post-learning sleep were worse at finding their way through the maze compared to rats that slept.

This experiment has been repeated in humans. People were invited to spend a day in the lab with Harvard sleep scientist Professor Robert Stickgold. They were trained to navigate their way through a virtual map at around lunchtime and then tucked up for a siesta immediately after. Neuroscientists monitored their brain waves via EEG and woke them if they started to fall into REM sleep. The second group of maze navigators were left to sit quietly but not nap.

The people who napped performed much better than the non-nappers when they were retested at navigating the maze.

Sleep enhances memories.  It makes them stronger and more effective

My ongoing afternoon siesta research has taught me that the key to making the most of the afternoon nap is to keep it short. When I feel the mid-afternoon slump coming, I give in to it! I set my iPhone for 30 minutes so I don’t fall into a deep sleep (and I assume without running my own EEG that I’m avoiding REM sleep). I never wake feeling groggy and it doesn’t interfere with my sleep that night.

Boost your memory and mood by taking a short afternoon nap

As it happens. In 2015 I was invited to give a TEDx talk, and chose to discuss my love for AND evidence in favour of the strategic afternoon nap.

Is napping a friend or foe?

In the blog above I describe the cognitive benefits of the afternoon nap. Or as I like to call it the ‘strategic nap’. Naps facilitate executive functioning, memory formation, subsequent learning, and emotional regular. However, there are studies linking frequent napping with negative outcomes, especially in older people. These are summarised in a 2017 Sleep Medicine Review.

Is there a paradox?

One reason for the apparent bi-directional effects of napping may be the purpose of the nap. As the reviewers point out,

the discrepancy in findings may exist because chronic napping (ie, frequent napping over the course of many months or years) could be distinct from acute napping (ie, a single nap in a well-controlled setting).

As I mentioned, I like to refer to ‘strategic napping’  — napping for a short period of time for specific reasons. Not napping to fill in time, or napping due to boredom, recovery or poor health.

Should afternoon naps be prescribed?

In summary, the reviewers say,

In young, healthy populations who are in need of emotional or cognitive intervention, napping could be prescribed.

In older populations, excessive napping has been linked with negative outcomes. Yet there is no direct evidence suggesting that mid-day napping is detrimental.

Therefore, it is also premature to prescribe napping in this population. In the future, studies focusing on the link between napping and negative outcomes, as well as potential interactions with inflammatory markers, would be useful in disentangling directionality.

There we have it again! More research is required.

Do you ever indulge in an afternoon nap?

Leave a comment below and tell me if you’ll be more likely or less likely to try to fit in a siesta after reading this post.

This blog was updated in December 2019 to reflect current research.