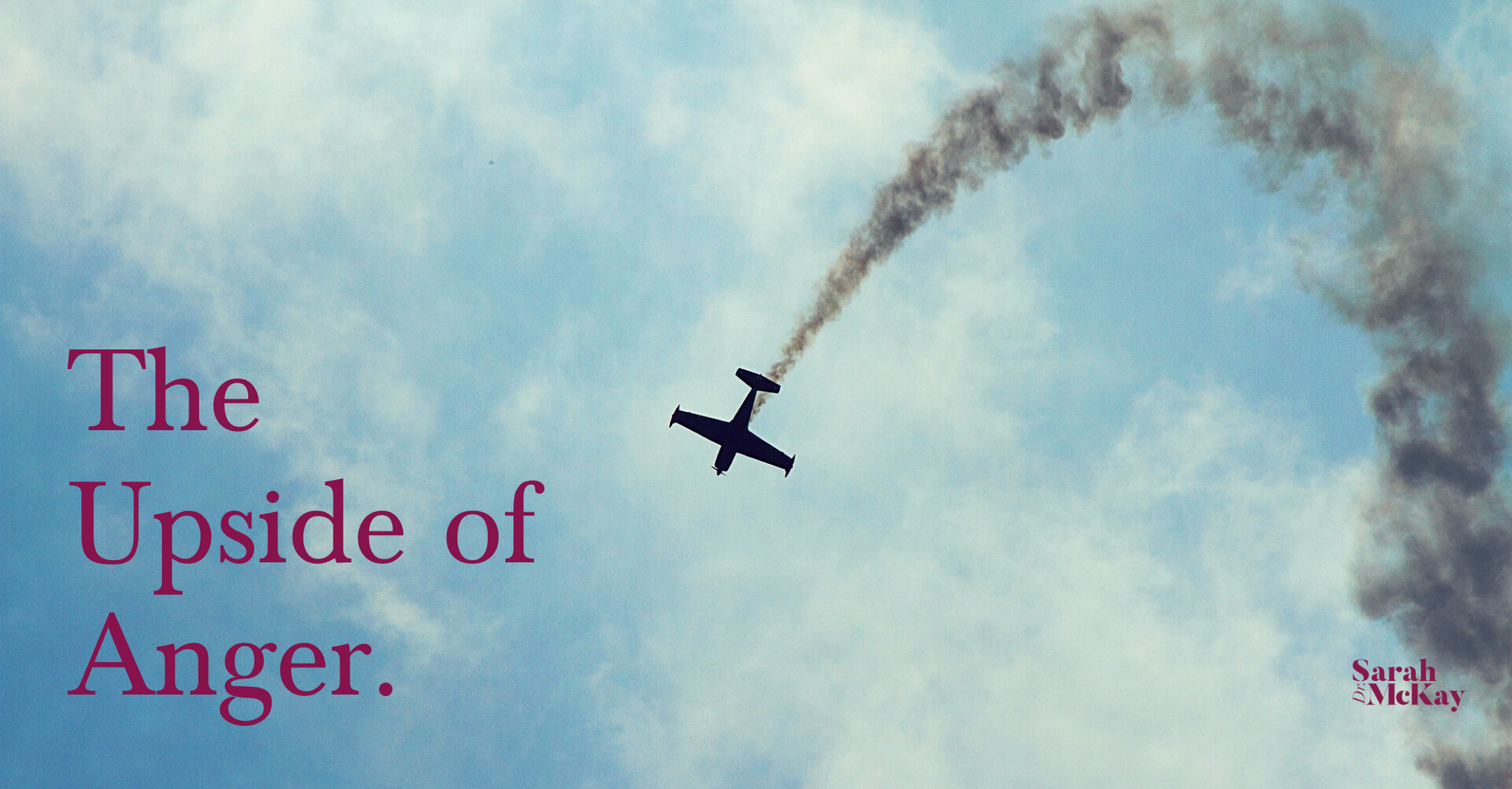 We tend to think of our emotions such as anger, sadness or guilt, as something to avoid at all costs.

But negative emotions, anger, in particular, may have an upside.

Putting your negative emotions to good use.

All emotions are useful, even the ones we tend to think of as negative such as anger, embarrassment, or sadness.

Embarrassment can be thought of as an early warning sign of humiliation, and signals you’ve made a mistake and maybe need to make a behavioural correction.

And few would deny the importance of learning to sit with sadness, especially when you’re grieving or coping with disappointment.

A few years ago, I attended the ‘Happiness and Its Causes’ conference. I was lucky enough to meet and interview a few interesting authors including Gretchen Rubin, author of The Happiness Project and Ruby Wax, a British comedian who somehow ended up interviewing me instead.

I also chatted to Robert Biswas–Diener, whom someone once called “the Indiana Jones of Positive Psychology.”

Biswas-Diener told a captivating story about travelling to a small village in northern Greenland on a research trip. The first day there he faced terror (his boat nearly capsized in icy water), he was cold, wet and hungry, had to hunt for his own food (then kill, cook and eat it), faced humiliation at his lack of hunting skills and was laughed and taunted by the village children. Despite the terror, cold and humiliation, he says it was the best day of his life!

My boys loved the story when I recounted it to them, and I think it has plenty of lessons for adults too.

We were getting too comfortable

Biswas-Diener’s research focuses on comfort addiction — how our modern-day lives leave us little room for discomfort or negative emotions. Our comfortable lives cause us to think of negative emotions such as anger, sadness or guilt, as something to avoid at all costs — we should strive for happiness only.

In his talk, he suggested negative emotions, and anger, in particular, have an upside. He says,

“All emotional states have their place. Trying to shoot for 100 percent happiness is unrealistic.”

Simply put, people who are able to use the whole range of their natural psychological gifts – those folks who are comfortable with being both positive and negative are the healthiest, and often the most successful,”

Professor Barbara Fredrickson, a social psychologist who studies emotions, agrees. She believes there’s an important role for our darker side. In a recent interview with ABC’s All in the Mind program she says,

“There is no emotion that needs to forever be banished. What’s most useful about negative emotions is that when they are really fitting the current circumstance.

If you are experiencing some injustice, anger is very useful for energising our response to that injustice. If we are facing a loss, then sadness is fully appropriate.”

EDIT: These comments by Biswas-Diener and Fredrickson were made back in 2015. It’s now 2020. We’re seeing how anger can be used to fight injustice (in particular racism) and how negative emotions can be used to motivate and be a powerful force for change.

How anger can be a force for good

Although it’s often associated with abuse or lashing out, anger can be important and useful if used wisely.

Clearly, letting anger become your dominant emotion is unwise, but the effective expression of anger can be entirely appropriate in the right situation.

“Research suggests only ten percent of angry episodes actually lead to some sort of violence, which is evidence anger doesn’t equal aggression. Keep checking in with yourself by asking ‘Is my anger helping or harming this situation'”

“Anger is neither good nor bad. It’s what you do with it that matters.”

This is an edited and updated version of the blog post originally published in 2016.