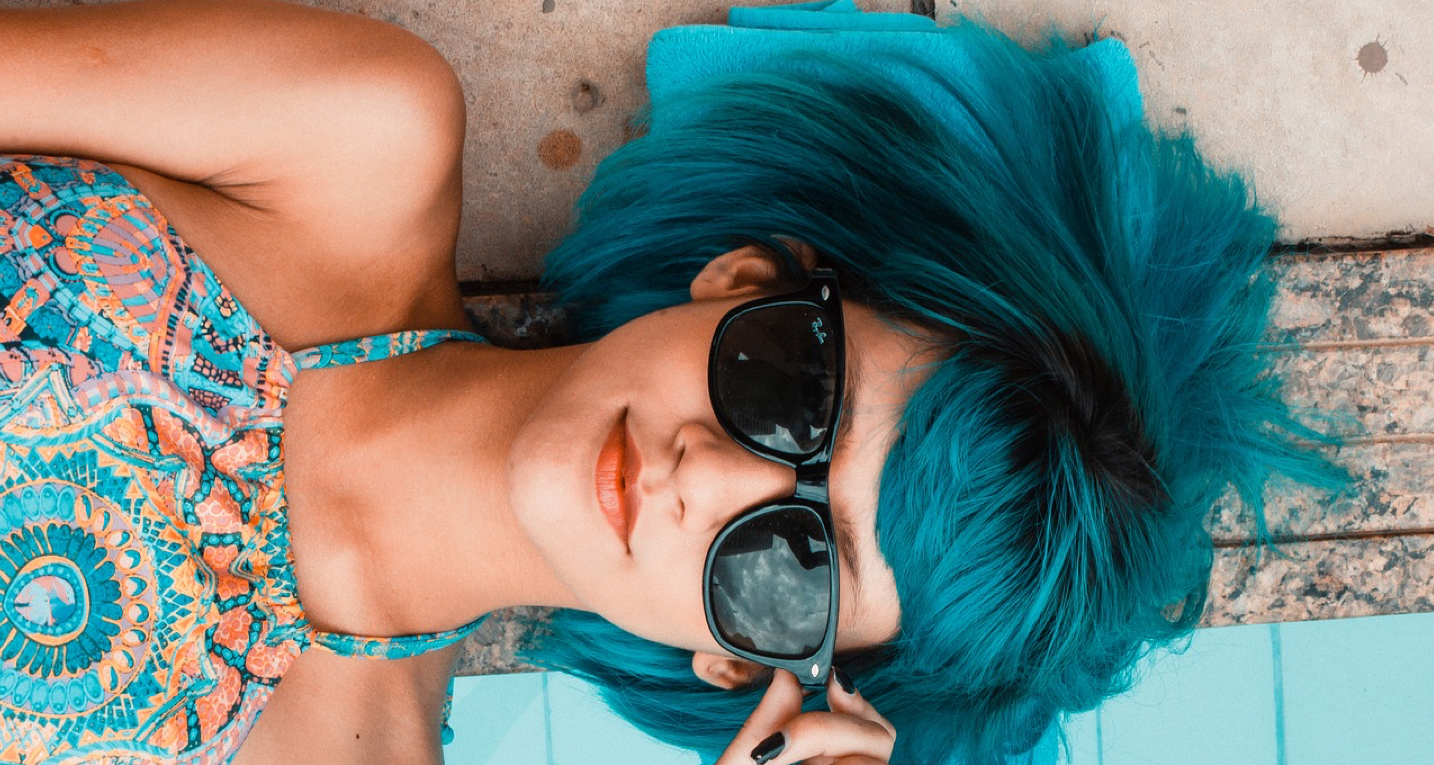 Biology determines the beginning of adolescence.

The tick-tick-tick of the hypothalamic clock signals the beginning of the transition from girl to woman. But the end of adolescence has no clear biological demarcation. When exactly do girls become adults? When they’re physically able to have a baby? Or when they actually have a baby? When they turn eighteen? Finish school? Leave home? Get their first fulltime job? Buy a house? Get married?

With puberty starting earlier than it used to and the traditional cultural markers of adulthood somewhat irrelevant, ‘adolescence’ could last decades!

Despite its current unclear cultural or social endpoint, adolescence is a distinct period of brain development. It’s when brain becomes particularly vulnerable to reorganisation by sex hormones and when the cognitive, emotional and social circuits refine and mature. Tracking alongside the brain changes are the stereotypical changes to the thoughts, emotions and behaviours of the brain’s teenage owners.

Adolescence is a significant neurological transition

Most scholars agree on three facts about the teenage brain

The prefrontal cortex (PFC), as its name suggests, sits at the front of the brain and is sometimes called the brain’s CEO because it acts as an experienced decision-maker. The PFC is involved direction attention, judgement calls, emotion regulation, strategy, impulse control, working memory and social cognition – navigating complex social relationships such as discerning friend from ‘frenemy’ from foe.

During childhood, PFC grey matter thickens as neurons make new connections or synapses. Much like a tree growing extra branches, twigs and roots.

However, during the teens, the PFC gets thinner.

Loss or ‘thinning’ of grey matter always sounds unhealthy, but as is often the case with the brain, less is more.

PFC thinning is due to pruning away of unwanted neural connections (‘twigs and branches’) which partly depends on experience in a ‘use it or lose it’ manner. Connections that are being used are strengthened, and those that aren’t used are pruned away.

Think of grey matter thinning as “refinement” or “streamlining” the brain as it matures.

MRI scans have revealed ever-increasing volumes of white matter in the tracts leading to and from the PFC during adolescence. Recall that axons are insulated by myelin, which speeds up signalling between brain regions. Myelinated axons transmit impulses up to 100 times faster than unmyelinated axons, and faster transmission means faster mental processing.

Jay Giedd, a neuroscientist at the University of California, San Diego, has found that increased white matter means the connections between brain regions become stronger and more numerous. The brain matures by becoming more interconnected and more specialised.

To use Giedd’s metaphor, brain maturation is not so much a matter of adding new letters to the alphabet but one of combining existing letters into words, words into sentences and sentences into paragraphs.

“These changes ultimately help the brain to specialise in everything from complex thinking to being socially adept.”

Changes to white and grey matter structure are not restricted to the PFC.

Subcortical brain structures start to mature right around puberty, and development is more or less complete by the mid-teenage years.

Subcortical brain regions are those deep inside the brain under (‘sub’) the cortex in the frontal and temporal lobes. They include the limbic system (hippocampus and amygdala), and the corpus striatum, which is made up of four parts: nucleus accumbens, caudate, putamen and globus pallidus. They’re connected to the PFC and to each other by bundles of axons.

In teens, the amygdala and hippocampus get bigger during puberty. At the same time, the four structures making up the corpus striatum all shrink. Maturation of subcortical structures is fastest in late childhood and early adolescence but the rate of growth or shrinkage slows right down after age sixteen.

Teenage girls can be very emotional (no kidding!).

But not all teenagers experience ‘storm and stress’. When I was seventeen, my levels of anxiety during final-year high-school exams were so out of control I ended up at the family GP being treated for panic attacks. But the vast majority of my teen years were joyful, empowering and a whole lot of fun.

Sarah Whittle is an associate professor of psychiatry at the University of Melbourne, where she specialises in adolescent brain development and resilience. Whittle explained to me that the emotional lives of teenage girls differ from adults because of the ‘developmental mismatch’ between their ‘rational PFC’ and ‘emotional limbic brain’.

“It’s still only a theory, but the evidence is stacking up that hyperactivity of the limbic system is responsible for heightened emotional reactivity in adolescents. As the PFC matures, its ability to regulate the activity in subcortical structures improves.”

Being able to calmly assess and keep emotions in check is a crucial life skill. Emotional regulation lets us navigate changing social landscapes and foster mental wellbeing. One of the most effective ways to regulate your emotions is a technique called cognitive reappraisal. Cognitive reappraisal changes the way you interpret a situation, which in turn calms your hot-headed response.

Imagine you’re fourteen and walking up to the front door of a party. Inside you can hear all your girlfriends laughing hysterically. Your appraisal of the situation might be, ‘OMG! They’re laughing about me behind my back.’ That appraisal (correct or not) will likely trigger intense feelings of sadness and rejection, and might quickly be followed by the thought, ‘They hate me. I’m going home!’

A different way of thinking about the situation – the reappraisal – might be, ‘Sure, they’re laughing. Perhaps someone told a funny joke. Maybe I should go inside and find out.’ The reappraisal (correct or not) encourages you to consider different perspectives and leads to a way of thinking that keeps a lid on emotional distress.

Adults are much better at cognitive reappraisal than children and teens.

We’re more experienced with a range of social situations and better at deploying the thinking skills required.

Whittle’s research shows that teenage girls find the photos much more emotionally disturbing or arousing than adults. In her lab, fMRI shows that deploying the skill of cognitive reappraisal activates a distributed cortical network including the PFC, which in turn down-regulates excitability in the limbic system.

Emotional regulation skills don’t always magically appear as we mature, but they can be formally taught.

Whittle coaches her teenage volunteers in cognitive reappraisal by encouraging them to think, ‘This isn’t real, it’s a scene from a movie’, or, ‘The situation looks worse than it is’, or, ‘It could be a lot worse’, or, ‘At least it is not me in that situation’.

One theme in adolescent brain research can be summed up by the phrase ‘moving parts get broken’. Because the teenage brain is undergoing such extensive remodelling, it’s thought that it’s easy for the wiring to go awry, predisposing girls to depression, anxiety and eating disorders.

The emotional life of teenage girls is complex both inside and out. It’s clear that ‘inside’ hormones are fluctuating and neural networks are fine-tuning. But we tend to forget the dynamic shifts taking place ‘outside’.

Many emotions teens experience are novel

Especially those taking place in new social contexts. There is a first time for everything and that includes your first crush (especially if it’s unrequited), experience of jealousy, being left off the party invite list, and getting likes on Instagram. The newness of these experiences heightens their emotional impact. Sometimes this is positive – falling in love for the first time is pretty wonderful! Sometimes this is negative – being rejected by your first love is rather painful.

Intense ‘bosom buddy’ friendships form around the same time girls ‘break up’ with their families. This leaves girls potentially vulnerable if those friendships break down or are less than ideal. Loss of friendship is a significant and overlooked potential cause of stress.

While the ‘wrong’ friendships can lead teens astray, the ‘right’ kinds of friends are powerful and protective. I had one such dear friend all through high school (we’re still close now and I’ve called on her psychiatric training to inform sections of this book). While writing this chapter we talked about how our devoted friendship buffered us from the tumult so many of our peers experienced. We know the happiest teens aren’t the ones who have the most ‘friends’ on Instagram but the ones who have a few close supportive friendships, and sometimes that means having one terrific friend.

This is an excerpt from The Women’s Brain Book. The neuroscience of health, hormones and happiness. (Hachette 2018).