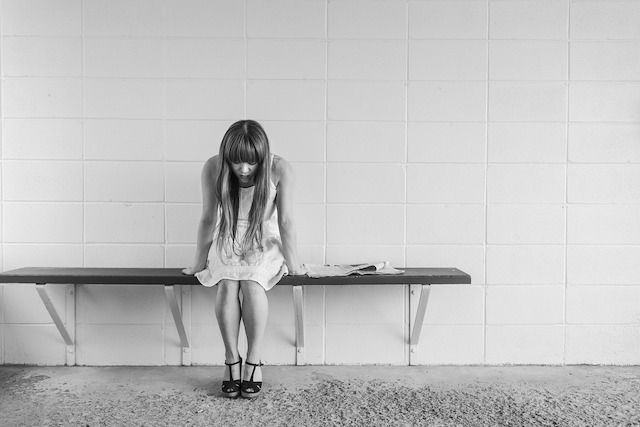 Fearful memories are reinforced by the stress hormone cortisol.

We’re all more likely to remember events that have great emotional significance: the birth of a child or the first time you met the love of your life.

But bad memories seem to stick more than good.

Strong memories of stressful experiences tend to decline over time. But people suffering from anxiety or Post-Traumatic Stress Disorder (PTSD) are affected by terrifying memories that haunt them again and again. In these instances the memory trace remains strong, leading to clinical symptoms such as intrusive thoughts, re-experiencing (reliving the event vividly) and fear.

Any new memory is initially fragile and susceptible to interruption until they become ‘consolidated’. But reactivated memories can also be brought once again to a temporary fragile state. During this period, the reactivated memory can be enhanced, impaired, or otherwise updated by various pharmacological or behavioural interventions.

Although therapy can lead to formation of a new, safe memory (e.g., in exposure therapy), the original aversive memory is not affected which is why many people with PTSD relapse after treatment. It’s been suggested that if the original emotional memory itself could be weakened, the return of fear after successful treatment might be prevented.

Cortisol, the amygdala and memory formation

Cortisol is a potent modulator of learning and memory processes. It acts on neurons in the amygdala to enhance memory consolidation for emotional events. Interestingly, its effective not only while the memory is being formed for the first time, but also later when people look back at an experience while the memory reconsolidates.

To investigate how cortisol affects the reconsolidation of fear memories in humans, cognition psychologists from the Ruhr-Universität Bochum undertook a cortisol-stress experience.  The results published in the journal Neuropsychopharmacology might explain the persistence of strong emotional memories occurring in anxiety and PTSD.

On three consecutive days, the subjects took part in the study, carried out by Shira Meir Drexler, PhD student at the International Graduate School of Neuroscience in Bochum.

The researchers demonstrated that cortisol impacts memories in humans during memory reconsolidation.

“The results may explain why certain undesirable memories don’t fade, for example in anxiety and PTSD sufferers,”

“Reconsolidation processes are triggered by a brief memory reactivation. The reactivated memory then becomes labile for a limited period of time, and—if not interrupted—reconsolidates and remains intact. Interrupting the re-activated memory at this fragile state might change (impair, enhance, or update) the original memory trace, potentially preventing the return of fear in anxiety disorders and PTSD.”

“Put together with previous studies, our results suggest cortisol to be of potential benefit in exposure-based (but not reconsolidation-based) therapies.”