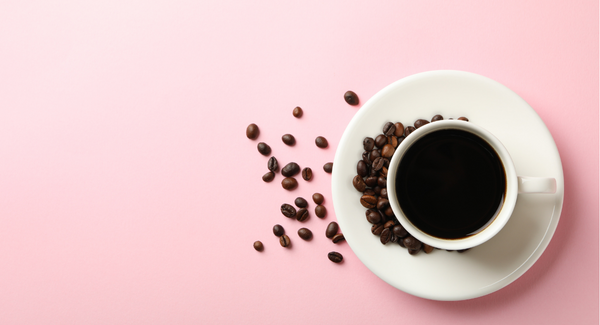 Time to come clean: that’s a typical day for me.

I guess to many of you, that might seem like WAY too much caffeine.  But I’m not concerned because neuroscience shows that coffee has neuroprotective effects.

According to international statistics, the world’s highest per capita coffee consumption is among Finns, with 12.0 kg in the year 2007, followed by 9.9 kg among Norwegians and 8.7 kg among Danes.

A similar result was observed US neuroscientists followed a group of coffee-drinking 65 to 88-year-olds who were starting to show the first signs of memory loss. Over a four year period, the coffee-drinking volunteers were assessed neurologically. And rather than relying on the recall or dietary surveys of coffee intake, volunteers’ blood caffeine levels were also monitored at each visit to the lab.

The results were intriguing —  moderate levels of caffeine (equivalent to about three cups a day) were associated with reduced risk or slower decline towards dementia.

And (this is the crucial bit) these were people already showing signs of memory loss or cognitive decline. Coffee appeared to slow the dementia process.🌟

“Coffee is inexpensive, readily available, easily gets into the brain, and has few side-effects for most of us.  Moreover, our studies show that caffeine and coffee appear to directly attack the Alzheimer’s disease process.”🌱

Dr Arendash is also studying the effects of caffeine on the brains of mice with Alzheimer’s disease. Mice who drink caffeinated water perform better on short-term memory and thinking tests.

Dr Arendash is convinced that caffeine protects his brain:

“I drink five to six cups a day, religiously.”

It seems it’s not just your brain that benefits from coffee. In other research published in the prestigious New England Journal of Medicine, coffee drinkers were less likely to die from the following:

BUT it didn’t protect against cancer. 🌱

It’s worth pointing out that this does not mean coffee stops you from dying … it’s not that simple. As Dr Freedman says,

“Although we cannot infer a causal relationship between coffee drinking and lower risk of death, we believe these results do provide some reassurance that coffee drinking does not adversely affect health.”

How does coffee protect the brain?

Coffee is a complex mixture of biologically active chemicals, including:

Coffee is the world’s major food source of antioxidants which protect the cells from damage, disease and ageing. 🌱

Caffeine acts on the brain by linking to molecules on the surface of a particular type of brain cell called a cholinergic neuron. The cell surface molecule modulates the neuroprotective effects of caffeine. And caffeine also triggers the same molecule to decrease proteins known to gather in the brains of Alzheimer’s disease patients.

Interestingly, drinking tea does not lower dementia or Alzheimer’s disease risk (this was found in the Finnish study and in similar studies elsewhere).  This could be due to the lesser caffeine content in tea or the fact that other components than caffeine in coffee confer the protective effect. 🌱🌟

So, coffee protects the brain, but surely it can’t all be good news?

Coffee lovers are well aware of the stimulating effects of caffeine. We feel more alert and energetic and have greater powers of concentration (which is the point, really!).  But higher doses can cause adverse effects such as anxiety, restlessness, insomnia, and a racing heart.

If you’re a coffee drinker. You know the drill – too much coffee too late in the day will wreck your sleep. And a poor night’s sleep isn’t so good for boosting your mental powers the following day.

So, when you next wander into your local cafe for your daily dose, do so without the guilt, perhaps cut down on coffee later in the day, and know you’re doing your bit to maintain your brain health and well-being.

In particular, coffee intake was inversely associated with all-cause mortality, the incidence of and mortality from cardiovascular disease, and the incidence of cancer, non-alcoholic fatty liver disease, cirrhosis, and diabetes. But robust randomised controlled trials are needed to understand whether these observed associations are causal.

In a 2021 study from Edith Cowan University, older adults were assessed every eighteen months for ten years to see if there was a relationship between coffee consumption and the onset of dementia. The researchers found that people with a higher coffee intake had a decreased risk of developing Alzheimer’s disease and a slower rate of cognitive decline. Lead researcher Dr Samantha Gardener believes that coffee could even be used in the future to delay or slow the development of dementia.

“We need to evaluate whether coffee intake could one day be recommended as a lifestyle factor aimed at delaying the onset of Alzheimer’s disease. If the average cup of coffee made at home is 240g, increasing to two cups a day could potentially lower cognitive decline by eight per cent after 18 months. It could also see a five per cent decrease in amyloid accumulation in the brain over the same time period. It’s a simple thing that people can change. It could be particularly useful for people who are at risk of cognitive decline but haven’t developed any symptoms. We might be able to develop some clear guidelines people can follow in middle age and hopefully it could then have a lasting effect.”

Drinking coffee improves the gut microbiome, directly impacting the brain through the gut-brain connection. Coffee consumption specifically increases a type of gut bacteria that is linked to a healthy immune system. This bacteria is also reduced within the guts of people with Alzheimer’s disease. Interestingly, when people showing early signs of memory loss are given this type of bacteria each day in a pill, they experience significant improvements in their memory.