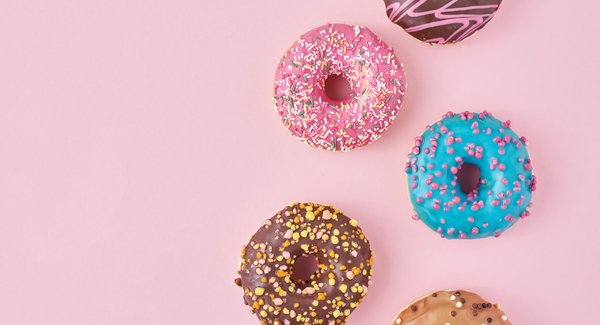 Back in 2013 (when this post was first published), it was quite fashionable to ‘quit sugar’.

Health and well-being messages have moved on in the past decade, but limiting refined sugar is still a wise choice.

Here in Australia, we’re reminded that eating a diet high in added sugar can lead to a person becoming overweight or obese, increasing the risk of type 2 diabetes and some cancers and stroke.

Diabetes, especially type 2 diabetes, is not the cause of dementia, rather, it is a risk factor for dementia.

Using language we’ve become used to hearing since the COVID pandemic: dementia is a comorbidity of type 2 diabetes.

To put the information into numbers: people with diabetes have a 1.4-2-fold increased risk for developing Alzheimer’s disease. 🌱

And if you have diabetes, you’re also at greater risk for general cognitive decline as you age. 🌱

Scientists are still unravelling the exact molecular pathways and mechanisms that link diabetes and dementia, but it’s most likely a combination of the effects of insulin resistance, vascular pathology, oxidative stress, glucocorticoid excess and inflammation. 🌟

Not too worried because you don’t have diabetes? Well, hold back on that chocolate…

You don’t need to have diabetes to be at risk of dementia.

Higher blood sugar levels are associated with higher dementia risk, even among people who do not have diabetes 🌱

A 2013 report in the New England Journal of Medicine followed 2000 over-65-year-olds for five years in the Adult Changes in Thought (ACT) study. The participant’s blood sugar levels were taken 17 times and averaged out over the course of the study.

The finding was clear: high blood sugar levels were associated with an increased risk of developing dementia.

Associate Professor Paul K. Crane, one of the authors from the University Washington School of Medicine, said,

There was no threshold value for lower glucose values where risk levelled off.”

Rather depressingly, the authors reported that they have not yet found evidence that dementia risk could be lowered even if people ate less sugar.

“Your body turns your food into glucose, so your blood sugar levels depend not only on what you eat but also on your individual metabolism: how your body handles your food…

While that is interesting and important, we have no data to suggest that people who make changes to lower their glucose improve their dementia risk.” 🌟

It’s not all bad news.

Professor Crane and the ACT study group have previously found that exercise lowers the risk of dementia developing (as have numerous other studies).

It turns out exercise is one of the best ways to regulate your blood sugar levels and prevent the development of diabetes. 🌱

🌱 New research published in 2022, has shown that brain ageing speeds up by 26% in people with type 2 diabetes. The most dramatic change occurs in parts of the brain critical for learning, decision making and other executive functions.

🌱 The people within the higher blood sugar group in this ACT study could also be labelled as having prediabetes. Further research has now shown that middle-aged people with prediabetes have a similar rate of cognitive decline as those with diabetes. Prediabetic people were also found to be 54% more likely to develop vascular dementia over an 8-year period than healthy individuals.

🌟 One interesting mechanism that likely links Alzheimer’s disease to diabetes is the accumulation of a protein called amyloid-beta. Build-ups of amyloid-beta within the brain are a known contributor to Alzheimer’s disease. This protein is also immediately released into the bloodstream in response to increased glucose and insulin by other organs, like the pancreas and liver.

🌟 Though controlling glucose with diet can be difficult, emerging research suggests that taking diabetes medications can protect against dementia. Unmedicated diabetic people develop Alzheimer’s disease six times faster than people who don’t have diabetes. Meanwhile, people who are medicated for their diabetes develop dementia at a similar rate to non-diabetic individuals.

However, the lead researcher of this study Professor Katherine Samaras believes that metformin may additionally protect non-diabetic people at greater risk of dementia:

“This study has provided promising initial evidence that metformin may protect against cognitive decline. The intriguing question is whether metformin is helpful in people in those with normal glucose metabolism. We are now planning a large, randomised controlled trial of metformin in individuals at risk of dementia and assess their cognitive function over three years. This may translate to us being able to repurpose this cheap medication with a robust safety profile to assist in preventing against cognitive decline in older people.”