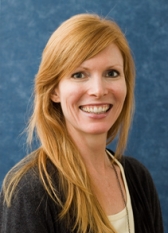 I first met Claire when we were postdocs at NeuRA (Neuroscience Research Australia,  then the Prince of Wales Medical Research Institute).

She’s just taken on a new role as first-time Mum and took time out of her new routine to speak to me about the process of brain donation.

The Sydney Brain Bank is a research facility located at NeuRA. The Brain Bank collects donated brains and spinal cords from healthy people and from those who have died from a neurodegenerative disorder such as Parkinson’s or Alzheimer’s disease.  The donated tissue is used for medical research.

Claire took the job as manager of the Sydney Brain Bank in April 2009 but joined NeuRA in January 1999 to work with Professor Glenda Halliday as a research scientist.

Claire’s research interest is the role that brain inflammation plays in Alzheimer’s disease, and she also supervises PhD and research students in collaboration with Professor Halliday.

Tell me about the path that led you to becoming a neuroscientist.

This one is simple! I was fascinated by biology and psychology when I was completing my A levels in the UK. At the time I didn’t know which path to choose, so I did some research and came across a new course at the University of Sheffield called Neuroscience!

Neuroscience combines the biology of the brain with a number of other disciplines including psychology, so it was perfect for me.

How and why the brain operates fascinates me. It’s who we are and controls every aspect of what we do. Why wouldn’t you be fascinated in that?

Now, tell me a little about the science! Give us a brief overview of your research.

The Sydney Brain Bank collects, characterises, stores and distributes brain and spinal cord tissue from individuals who have enrolled in a brain donor program when they were still alive.

The donor programs focus on dementia and movement disorders, such as Alzheimer’s and Parkinson’s disease but there are also programs for healthy aged individuals.

The donors participate in research studies that provide important information about their health during life. Examination of the brain tissue after death allows us to better understand the tissue changes that underlie these disorders. The study of healthy, aged individuals helps us understand factors that may protect them from brain degeneration.

What does your typical day as a neuroscientist involve?

No two days in the Sydney Brain Bank are the same.

My days are varied and very busy but the work is extremely fulfilling.

The Sydney Brain Bank is supported by NeuRA, the University of New South Wales, and the National Health and Medical Research Council (NHMRC).

What are you most passionate about?  What drives you to get up in the morning and into the lab (maybe it isn’t neuroscience?)

It’s very important to me that my job contributes to society. Knowing my research might one day prevent or treat neurodegenerative disorders is all the motivation I need.

On a personal note, I’m passionate about my family. I’m currently on maternity leave after having a beautiful baby girl in July.

While I’ve got you here, I’d like you to take this opportunity to dispel a myth about neuroscience.

Dementia is an umbrella term for a decline in cognitive ability.

Alzheimer’s disease is the most common form of dementia but there are other underlying causes, including dementia with Lewy body disease and vascular dementia. The disorders share some similarities but the brain tissue changes are very different. Accurate diagnosis is vital for the development of effective treatments and preventative strategies.

Disorders such as Alzheimer’s disease don’t spontaneously occur in old age. The subtle brain changes take decades to build up to a critical mass that causes the symptoms to appear.

I believe that prevention of these disorders, and many other medical conditions, needs to become a concern of the young. In order to age well we need to live a healthy lifestyle.

Resources mentioned in the interview:

A recent blog post from NeuRA on the sensitive topic of brain donation.